Arsenal have been handed a major injury boost with full-back Kieran Gibbs expected to shake off a pelvic injury ahead of Saturday’s game against Burnley. 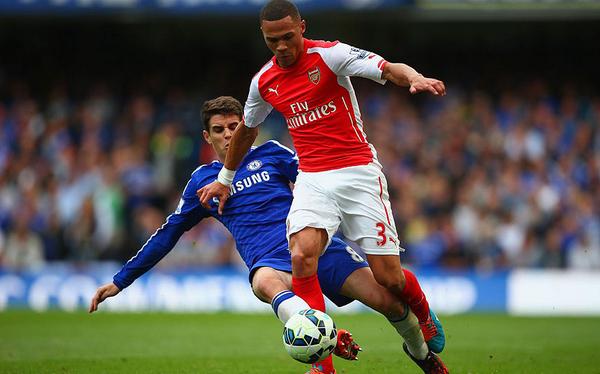 Arsenal have been handed a major injury boost with Kieran Gibbs expected to shake off a pelvic injury ahead of Saturday’s game against Burnley, according to the Daily Mail.

Gibbs was forced off during the closing stages of Saturday’s 2-0 win over Sunderland at the Stadium of Light and it looked like he was set for a spell on the sidelines after appearing to pick up a calf problem.

However, the Mail claim that the left-back had in fact suffered a minor pelvic injury and although the issue is still being monitored by the Arsenal medical staff, Gibbs is not expected to be out for any period of time.

The 25-year-old will now have the rest of the week to recover and will no doubt face a late fitness test ahead of Saturday’s visit of Burnley, but the newspaper suggests that Arsenal are hopeful he will be available for the game this weekend.

This is obviously a huge boost as another injury in defence is the last thing we need. Second-choice left-back Nacho Monreal has already been filling in as a make-shift centre-back with Laurent Koscielny out with an Achilles injury, while Calum Chambers has been filling in at right-back in the absence of Mathieu Debuchy, so we are already down to the bare bones at the back.

If Gibbs is ruled out this weekend then I’d expect Hector Bellerin to start at right-back with Monreal moving to the left and Chambers in the middle alongside Per Mertesacker, which should be good enough against the likes of Burnley but we couldn’t cope with just four fit defenders for any extended period so it’s great news that Gibbs hasn’t picked up a serious problem.