The draw for the semi finals of the Capital One Cup took place tonight with Chelsea being pitted against Liverpool, while Tottenham will play Sheffield United.

Tottenham Hotspur will be pleased after the draw for the semi finals of the Capital One Cup was conducted this evening.

The North Londoners eased into the last four with an impressive 4-0 win over Newcastle United at White Hart Lane and they’ve been rewarded with a semi-final clash against League One Sheffield United – who beat Southampton 1-0 on Tuesday night.

Liverpool booked their place in the last four after beating Bournemouth 3-1 at Dean Court tonight thanks largely to a brace from Raheem Sterling and the Merseysiders have been drawn to play favourites Chelsea in the semi finals.

The Premier League leaders beat Derby County 3-1 at Pride Park on Tuesday night but they’ll now have to get past Liverpool to keep alive their hopes of winning a historic quadruple this season.

The first leg will be played at White Hart Lane and Anfield on the week commencing January 19th before the return legs the following week. 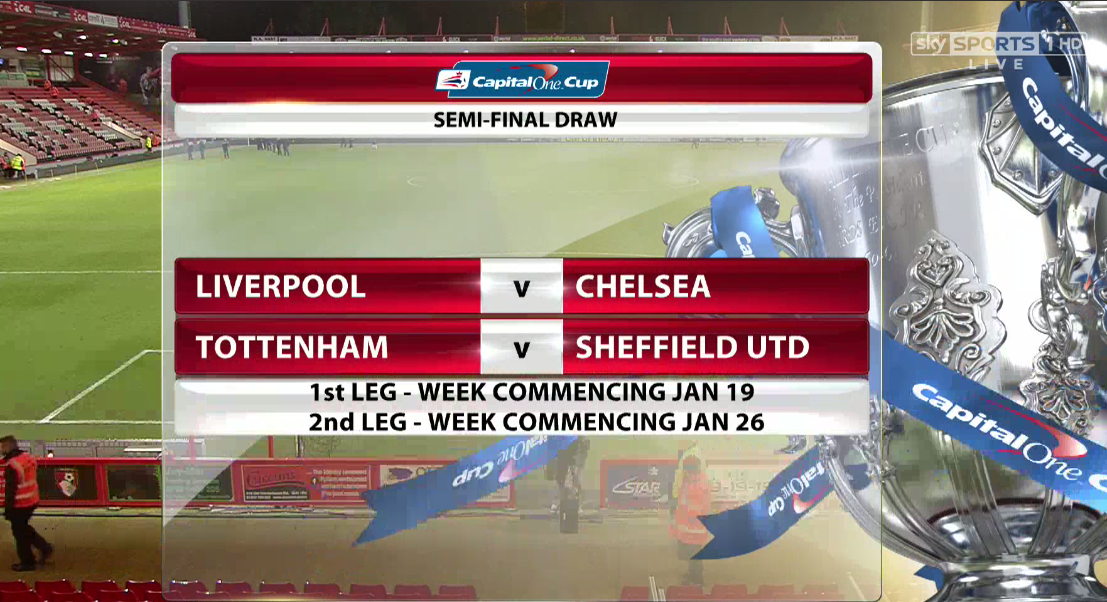