Liverpool are set to go head-to-head with rivals Tottenham Hotspur over the loan signing of Paris Saint-Germain midfielder Adrien Rabiot in January.

With the January transfer window just around the corner managers are getting ready to strengthen their squads ahead of the second half of the season, so we’ll bring you all the latest news and gossip. Today, Liverpool and Tottenham are linked with Adrien Rabiot….. 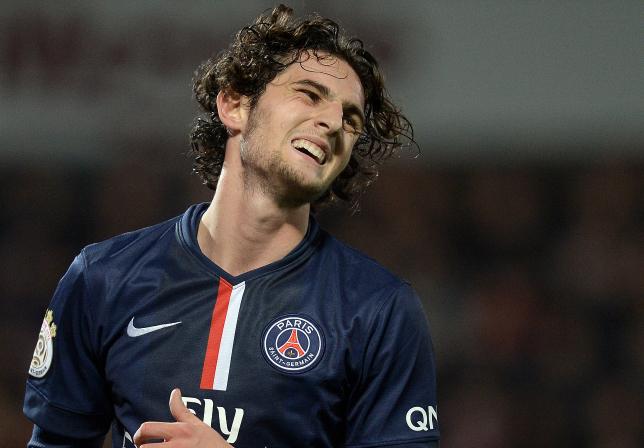 Liverpool are set to go head-to-head with Tottenham Hotspur over the loan signing of Paris Saint-Germain defensive midfielder Adrien Rabiot in January, according to reports.

Rabiot was expected to leave the Parc des Prince during the summer after initially rejecting a new contract offer and was linked with a number of top European clubs.

A move failed to materialise before the transfer window slammed shut and the midfielder was eventually persuaded to pen a new deal with the French champions in late October.

However, he’s continued to be over-looked by boss Laurent Blanc with the likes of Blaise Matuidi, Marco Verratti and Thiago Motta all ahead of him in the pecking order.

Reports suggest that during his contract negotiations, PSG agreed to let the 19-year-old leave on a short-term deal in January and it appears he could now be heading to the Premier League.

The Express claim that Tottenham have already made contact with PSG and made it clear they want Rabiot on loan until the end of the season and are prepared to pay all his wages during his six months at White Hart Lane.

However, it looks like the North Londoners now face stiff competition from Liverpool as the newspaper suggests the Merseysiders have agreed to match Spurs’ offer and Brendan Rodgers will now try and lure the defensive midfielder to Anfield instead.

The decision will now be down to the player and the French international will have to decide whether he would prefer a move to Liverpool, Spurs, or hold out for other offers.

Competition for a first team place will be fierce at either Liverpool or Tottenham, with Rodgers able to call upon Steven Gerrard, Lucas Leiva, Jordan Henderson, Emre Can and Joe Allen, while Mauricio Pochettino already has the likes of Nabil Bentaleb, Ryan Mason, Etienne Capoue, Moussa Dembele and Paulinho to choose from in central midfield.