Man Utd will be looking to cement their top three position when they take on Swansea tomorrow. Here’s a preview with team news, line-ups and predicted score.

Manchester United will look to cement their position in the top three when they take on Swansea at the Liberty Stadium on Saturday afternoon.

The Red Devils warmed up for the game with a hard fought 3-1 victory over Preston North End in the fifth round of the FA Cup on Monday night to book a mouth-watering quarter final clash with Arsenal.

But Louis van Gaal’s men will turn their attention back to league duties this weekend as they look to take another step closer to returning to the Champions League next season.

United head into the weekend fixtures in excellent form having lost just once in 19 games in all competitions and they sit third in the Premier League table. However, with just five points separating them from seventh-placed Liverpool, the race for the top four looks set to go right down to the wire.

Swansea were flying high in December but have since dropped to ninth in the table after winning just one of their last seven Premier League games, so Garry Monk will be desperate to get things back on track with a positive result tomorrow.

Phil Jones is back in contention after recovering from a knee injury he picked up during the early stages against Burnley last week, but van Gaal may opt to stick with Chris Smalling alongside Marcos Rojo in defence.

Michael Carrick is also still out with a calf problem so Daley Blind is expected to continue in the holding role in midfield.

Robin van Persie is expected to return after recovering from the knock that kept him out of the FA Cup win over Preston, and the Dutchman should replace Radamel Falcao up front after he failed to impress last time out.

Swansea have a doubt over Marvin Emnes as he’s struggling with a hamstring injury so he joins Kyle Bartley on the sidelines, with the defender likely to miss the rest of the season with a knee injury. 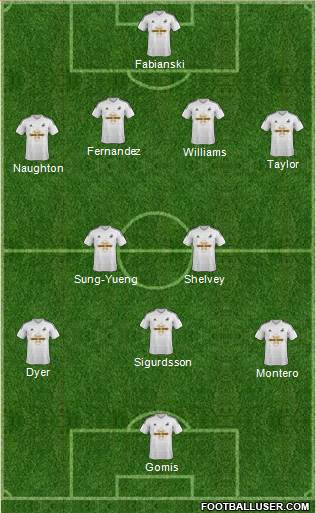 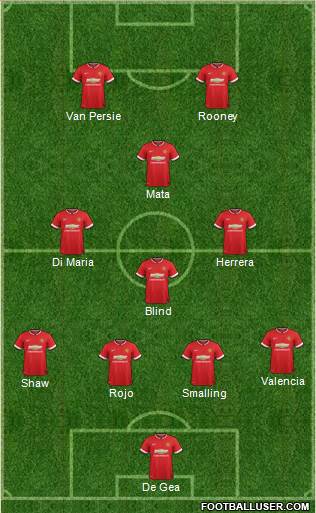 Swansea 1-2 Man Utd: United aren’t looking that convincing but they are still grinding out results and with Swansea in something of a slump of form, I can see the Red Devils edging this one again tomorrow.

Man Utd are the even money favourites to win the game but if you’d prefer to back the exact score, our 1-2 prediction is on offer at 8/1 while I also like the look of Robin van Persie to open the scoring at 4/1. If we combine those bets in a scorecast then we get very tempting odds of 22/1. Surely that’s got to be worth a couple of quid!?