Arsenal moved up to third place in the Premier League table with a rather fortunate 2-1 win over Crystal Palace at Selhurst Park today. There are my ratings 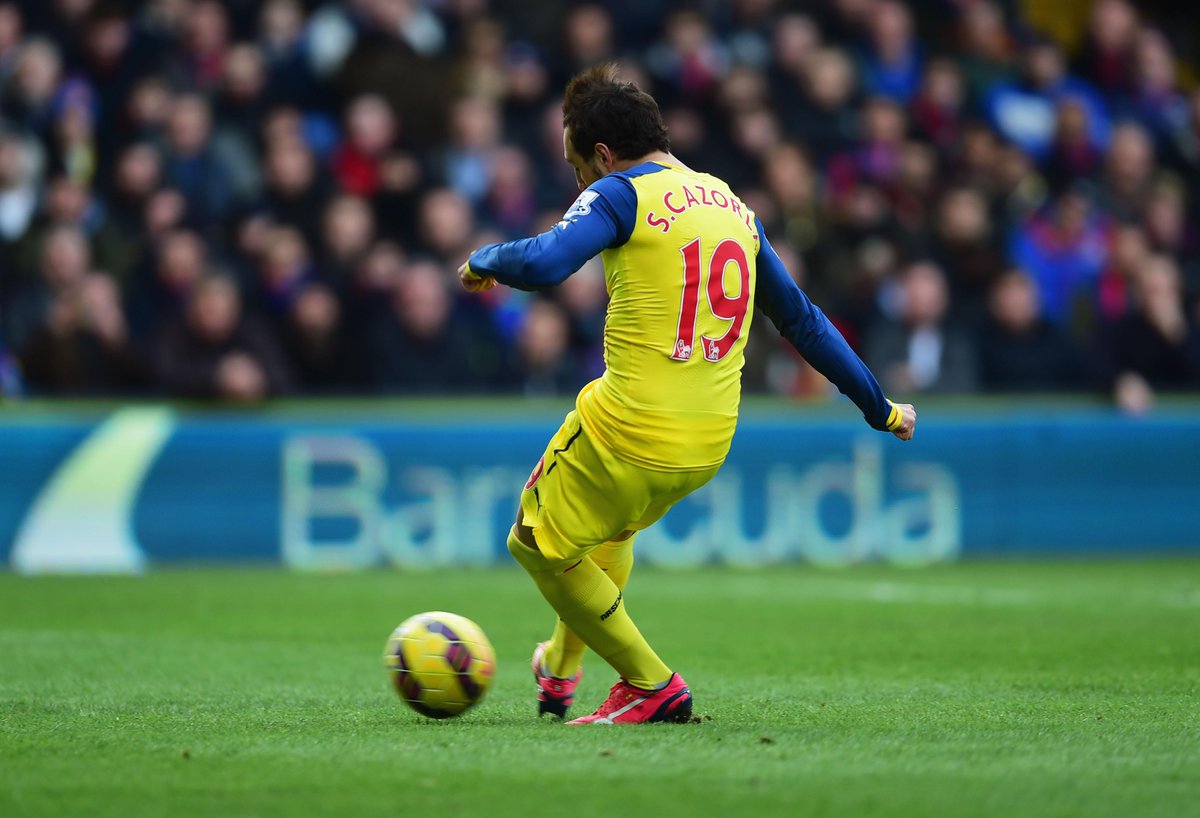 Arsenal moved up to third place in the Premier League table with a rather fortunate 2-1 win over Crystal Palace at Selhurst Park this afternoon.

It was far from vintage Arsenal and the terrible playing surface certainly didn’t aid free-flowing football, but we ground out the win thanks to first half goals from Santi Cazorla and Olivier Giroud.

There are my ratings from the game:

Ospina  6.5/10 | Couldn’t do much to prevent their goal and made a couple of decent saves, but was lucky to get away with a crazy moment when he came flying out his area.

Chambers  6/10 | Given a tough time by the pace of Gayle and couldn’t prevent Bolasie from supplying the cross for their goal.

Mertesacker  7/10 | An important figure in the defence as he played a key role in dealing with the barrage of long balls late on.

Koscielny  7/10 | Looked a little shaky at times but made countless blocks and clearances as the hosts pushed for late goals.

Monreal  6/10 | All over the place early on as Zaha got the better of him on several occasions. Improved in the second half though.

Coquelin  7/10 | Fortunate not to be sent off for two bookable offences but his bite in the middle of the park was vital in a game like this. Won several tackles and made 6 interceptions.

Cazorla  7/10 | Another cooly taken penalty. Showed flashes of his brilliance but didn’t hit the heights of his recent sensational form.

Welbeck  7/10 | A very important contribution from Danny as he won the penalty and it was his shot that led to Giroud’s goal.

Ozil  7.5/10 | Played a lovely one-two with Giroud in the build up to the second goal and produced some magic to set-up Sanchez in the second half. Not really his kind of game but his class shone through at times and even did his bit defensively.

Alexis  6.5/10 | Worked hard as always but wasn’t really to be his day. Missed a great chance to wrap the game up at 3-0 in the second half when sent clear by Ozil.

Giroud  7/10 | Another important goal from Giroud as he poked home the eventual winner.

Gabriel N/A | One too late.