Arsenal have been handed a boost ahead of their Champions League showdown with Monaco as the Ligue 1 side could be without seven players for the game. 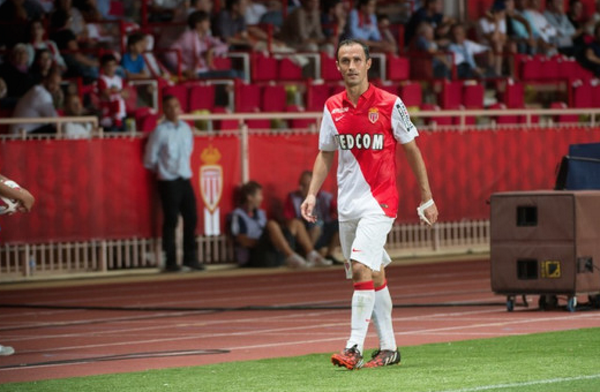 Arsenal have been handed a big boost ahead of their Champions League showdown with Monaco as the Ligue 1 side could be without as many as seven players for the game.

Monaco head to the Emirates on Wednesday night for the first leg of our Champions League last 16 tie and they have given a team news update on the official club website this afternoon.

It’s been confirmed that influential left-back Layvin Kurzawa is a doubt after picking up a leg injury during Friday night’s 1-0 win at Nice. Kurzawa received treatment on Sunday and is expected to travel to North London but it remains to be seen whether he’ll be passed fit to start the game.

Monaco also revealed that midfielder Yannick Ferreira Carrasco underwent treatment on Sunday after taking a knock to his right thigh on Friday night while former Chelsea centre-back Ricardo Carvalho is back running after injury, but will be lacking in match practice if he’s passed fit to make the squad.

Defender Andrea Raggi is unlikely to make the game as he’s still receiving treatment on a knee injury and Tiemoue Bakayoko is likely to join him on the sidelines as he too is struggling with a thigh injury.

Lacina Traore is certain to miss out as he’s due to undergo an operation on a fractured tibia which has ruled the striker out for up to eight weeks, while key midfielder Jeremy Toulalan is suspended for the game.

A statement on ASMonaco.com read:

“Layvin Kurzawa has bruising of the left quadriceps muscle and spent Sunday having treatment. This contusion is unconnected to the hamstring injury, which has now healed.

Yannick Ferreira Carrasco has bruising of the right thigh, after sustaining a knock during the match with Nice. He remained in treatment today.

Ricardo Carvalho is back running again.

Andrea Raggi is continuing to have treatment for a left knee sprain.

Lacina Traoré will undergo an operation this week at Monaco’s Im2s for a stress fracture of the right tibia. This injury has been known about and treated since the start of the season, but recently worsened. The player is expected to be back in training within six to eight weeks.”

So that’s a total of seven players in danger of missing the Arsenal clash through injury or suspension, with many of the issues coming in defence, so that’s obviously a big boost for us.

However, we shouldn’t get too excited as we have our own injury concerns to deal with. Arsene Wenger was without seven first team squad players himself against Crystal Palace on Saturday including Alex Oxlade-Chamberlain,  Aaron Ramsey, Mikel Arteta, Mathieu Debuchy, Mathieu Flamini, Abou Diaby and Serge Gnabry.

The Ox and Flamini could be back in contention on Wednesday but we’ll still be without a number of key players so if anything, Monaco’s problems just even things up a  little.

Ferreira-Carrasco & Kurzawa only have minor knocks and will travel to London. But still, lots of defensive absentees, & Toulalan a big loss