Manchester United are ready to match Danilo’s €50m release clause in order to land the Porto defender ahead of rivals Liverpool and Manchester City.

The January transfer window is now closed but that won’t stop the newspapers from speculating ahead of the summer so we’ll bring you all the news and gossip. Today, Man Utd are ready to outbid Liverpool for Porto star Danilo…. 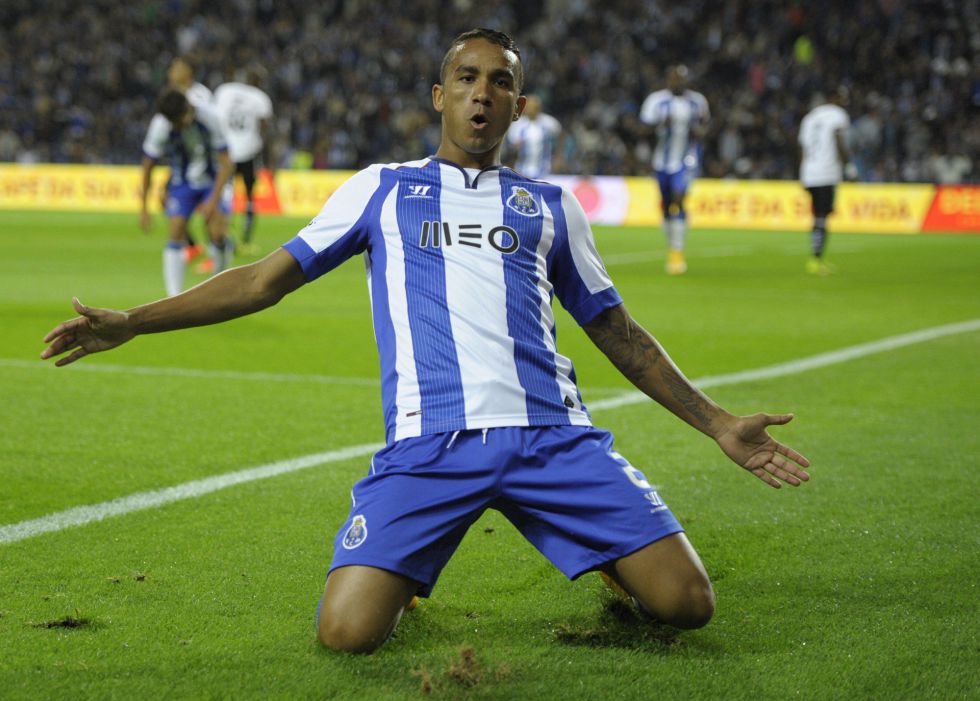 Manchester United are ready to match Danilo’s €50m release clause in order to land the Porto defender ahead of rivals Liverpool and Manchester City, according to reports.

Danilo has established himself as one of Europe’s most exciting right-backs over the last 18 months after putting in some excellent performances for Porto since his move from Santos in 2011.

However, the 23-year-old’s future at the Estadio do Dragao is under increasing doubt as he’s yet to agree terms over a new deal with his current contract set to expire in 2016.

Recent reports claim negotiations over an extension have now stalled and Danilo is almost certain to be sold this summer if no deal can be agreed as Porto will be desperate to avoid losing him for nothing.

The uncertainty has led to speculation linking the Brazilian international with a whole host of top clubs with Manchester United, Liverpool, Manchester City, Real Madrid, Barcelona and Bayern Munich all understood to be keeping a close eye on his situation.

The Express claim Danilo favours a move to the Premier League and Liverpool and City are both reportedly ready to test Porto’s resolve with £20m offers at the end of the season.

However, the newspaper suggests that Louis van Gaal is desperate to lure the defender to Old Trafford so is ready to blow his rivals out the water by agreeing to match Danilo’s €50m (£37m) release clause.

A right-back is expected to be a priority for van Gaal this summer as he’s lost faith in Rafael and has been forced to play Antonio Valencia at the back for much of this season.

It remains to be see whether the likes of City or Liverpool would be willing to match United’s €50m bid – if they do in fact trigger his release clause this summer – but Danilo would certainly be an exciting addition to the ranks if van Gaal could pull it off.

Despite being just 23, he’s got plenty of experience in Europe and has 11 senior Brazilian caps to his name, so I’m sure United fans would welcome his signature this summer as van Gaal looks set to splash the cash once again.