Man Utd will look to get back to winning ways when they take on Sunderland tomorrow afternoon. Here’s a preview with team news, line-ups and predicted score.

Manchester United will look to get back to winning ways in the Premier League when they take on Sunderland at the Old Trafford on Saturday afternoon.

The Red Devils dropped to fourth in the table following last weekends 2-1 defeat to Swansea City at the Liberty Stadium, with Jonjo Shelvey’s deflected effort securing the victory for the Welsh outfit.

It was only United’s second defeat in 19 games but Louis van Gaal will be demanding a response as he looks to leapfrog Arsenal back in to third and get their Champions League qualification push back on track.

Sunderland arrive at Old Trafford in terrible form having won just once in their last nine league games – a run that sees them sit 16th in the table and just three points above the relegation zone.

Gus Poyet’s men were held to a disappointing 0-0 draw by West Brom last weekend but they’ll be hoping to repeat last season’s heroics that saw them claim their first victory at Old Trafford since 1968.

United will have to make-do without striker Robin van Persie after he was ruled out with an ankle injury. The Dutchman’s absence is likely to see Radamel Falcao given another chance to impress up front.

Michael Carrick is back in training following his calf problem but the midfielder is still short of match fitness so he’s unlikely to be considered just yet.

Striker James Wilson is available, however, after overcoming a dead leg he suffered playing for the Under-21’s.

Sunderland midfielder Emanuele Giaccherini has been ruled out for the rest of the season after undergoing ankle surgery.

Jack Rodwell is also still out with a groin injury so he joins Billy Jones on the sidelines. 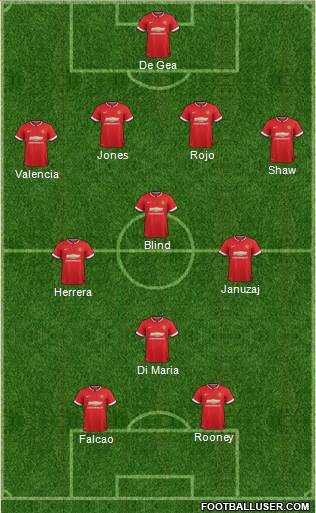 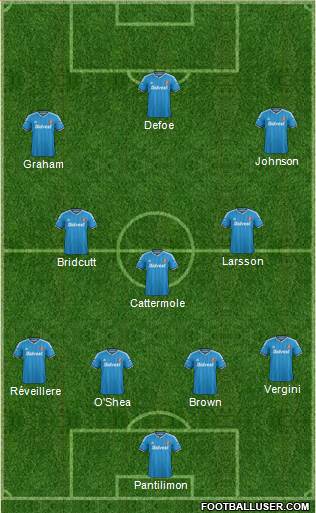 Man Utd 2-0 Sunderland: United aren’t looking that convincing but they are still grinding out results – with the exception of Swansea last week. Sunderland lack ideas and are struggling of late so I can’t see past a home win.

Man Utd are the favourites to win the game at odds of 4/11 but Football-Talk can get you enhanced odds of 3/1 plus you can claim £100 in free bets. If you’d prefer to back the exact score, our 2-0 prediction is on offer at 5/1 while I also like the look of Wayne Rooney to open the scoring at 7/2. If we combine those bets in a scorecast then we get very tempting odds of 12/1. Surely that’s got to be worth a couple of quid!?