Tottenham Hotspur will look to put Sunday’s League Cup disappointment behind them when they host Swansea City tonight. Here’s a match preview and team news.

Tottenham Hotspur will look to put Sunday’s League Cup disappointment behind them when they host Swansea City tonight.

Spurs have endured a difficult week as they crashed out of the Europa League at the hands of Fiorentina last Thursday before losing 2-0 to Chelsea in the Capital One Cup final on Sunday, so Mauricio Pochettino will be desperate to get back on track this evening.

The North Londoners have slipped to seventh place in the Premier League table but have at least one game in hand over their rivals so can close in on the top four with a win over Swansea.

However, the Swans are in fine form and come into the game off the back of victories over Manchester United and Burnley which have taken them up to eighth place in the table.

Garry Monk has done a fantastic job at the Liberty Stadium and the Welsh outfit can move to within a single point of Spurs with a win tonight.

Pochettino has no injury concerns to deal with and has a fully-fit squad to choose from.

The Argentinean boss is expected to make a few changes with the likes of Federico Fazio, Erik Lamela and Mousa Dembele all pushing for recalls.

Swansea welcome back Gylfi Sigurdsson after the midfielder recovered from a hamstring injury and should line-up against his former club.

Kyle Naughton is also set to start against Tottenham for the first time since his move in January but Tom Carroll is unable to play against his parent club due to the terms of his loan deal. 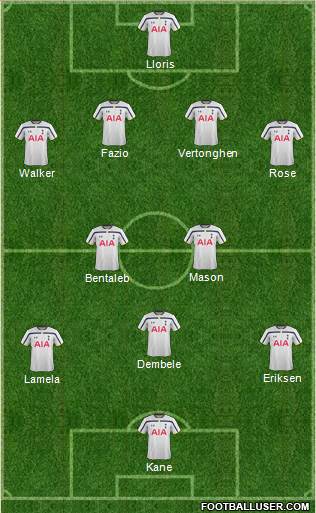 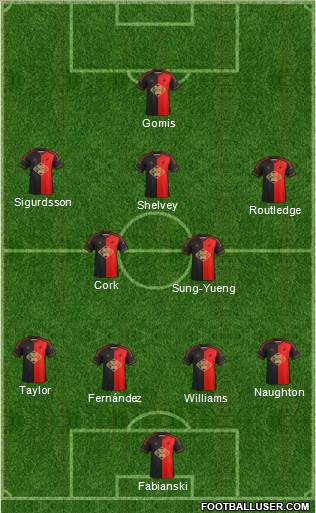 Tottenham 2-1 Swansea: Spurs home form has been patchy this season and they may be feeling the effects of a difficult week that seem them crash out in Europe and the League Cup, but I have a feeling they may just do enough to edge this one tonight.