Arsenal and Manchester United are among the clubs keen on luring Juventus midfielder Claudio Marchisio to the Premier League this summer, according to reports.

The January transfer window is now closed but that won’t stop the newspapers from speculating ahead of the summer so we’ll bring you all the news and gossip. Today, Chelsea, Arsenal and Man Utd are all linked with Claudio Marchisio……. 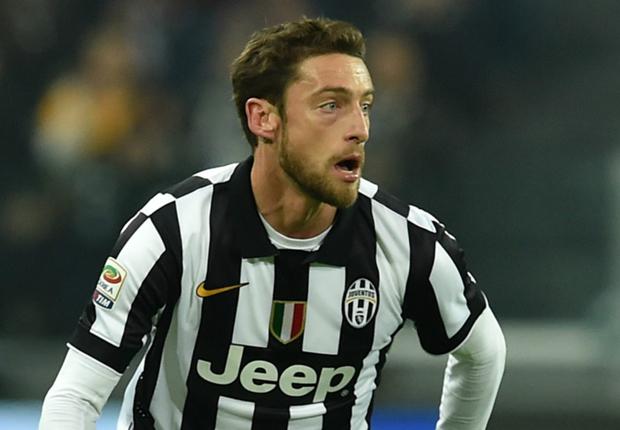 Arsenal, Manchester United and Chelsea are among the clubs keen on luring Juventus midfielder Claudio Marchisio to the Premier League this summer, according to reports.

Marchisio has been at Juve his entire career having joined the Italian giants as a seven year-old back in 1993 and made his way through the youth ranks before breaking into the first team set-up in 2006.

The midfielder has gone on to establish himself as a vital part of The Old Lady’s starting eleven and played a key role in guiding them to three successive Serie A titles between 2012 and 2014.

However, the 29-year-old will enter the final 12 months of his current contract this summer and it seems Juventus are in no rush to tie him down to fresh terms as the players agent and father, Stefano, claims the club have ‘other priorities’.

Marchisio senior also fuelled talk of a potential move to England by revealing that he’s already had initial contact from a host of top Premier League clubs, but insists his main priority is to agree a new deal and stay in Turin.

“In my view, the club has other priorities and therefore hasn’t even considered Claudio’s situation, as he has a contract until 2016.

“Has there been other contact? I did receive a few phone calls, above all from top Premier League clubs. Of course we can only be flattered and this underlines Claudio’s excellent season so far.

“Obviously, his preference remains Juventus. He was born and raised at Juventus, so if things go normally, negotiations for a renewal should be simple.

“Having said that, it takes two to form a marriage.” Marchisio senior is quoted as saying by the Express

Marchisio senior didn’t disclose exactly which clubs have been in contact but the Express suggest that Arsenal, Manchester United and Chelsea are keeping a close eye on the midfielders situation and would be ready to offer him a fresh start in England if he can’t agree a new deal at Juve.

With the future’s of Mikel Arteta, Abou Diaby and Mathieu Flamini is serious doubt, Arsene Wenger is expected to bring in another midfielder this summer and I’m sure the Gunners boss would give serious consideration should Marchisio come on the market.

United boss Louis van Gaal has also confirmed he’ll be in the market for a midfielder this summer and Marchisio would add a whole new dimension to his side – with the 20-time Premier League champions lacking ideas in the middle of the park at times this season.

We’ll have to wait and see whether the Italian international pens a new deal at Juve over the coming weeks but I’d expect talk of a move to England intensifying if new terms aren’t agreed by the summer.