Liverpool boss Brendan Rodgers has been handed a quadruple injury boost with Joe Allen, Steven Gerrard, Martin Skrtel and Jose Enrique all on the comeback trail 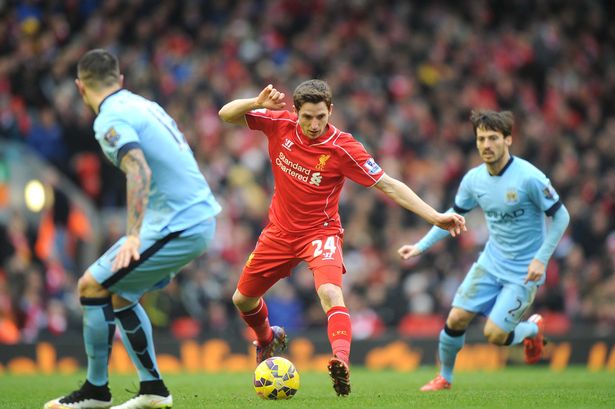 Liverpool boss Brendan Rodgers has been handed a quadruple injury boost with Joe Allen, Steven Gerrard, Martin Skrtel and Jose Enrique all on the comeback trail, according to the Liverpool Echo.

Allen missed the Reds frustrating 0-0 draw with Blackburn Rovers in the quarter final of the FA Cup at Anfield on Sunday afternoon after picking up a hip problem in training on Saturday.

However, the Echo claim that Liverpool feel the injury is only a minor one and are confident the Wales midfielder will make a swift recovery and be back in contention to face Swansea City next Monday night.

The news will come as a welcome boost to manager Rodgers as Allen has been in excellent form alongside Jordan Henderson in the middle of the park while Gerrard and Lucas have been out injured in recent weeks.

The Reds boss could have a selection dilemma on his hands though as the Echo also claim that Gerrard is expected to be available for the trip to the Liberty Stadium next week after recovering from a hamstring injury.

The skipper has missed the last seven games due to the troublesome issue but he returned to light training last week and now it seems he’ll be pushing for a recall against the Swans.

Martin Skrtel should also be available for the trip to Wales despite being forced off on a stretcher against Blackburn. The centre-back was knocked out during the early stages of the game after a heavy fall and was taken to hospital as a precaution.

However, the Slovakian took to Instagram to confirm that it was nothing serious and he’ll be back in training after spending a couple of days on holiday with his family.

Rodgers will be glad that Skrtel hasn’t suffered any lasting damage as he’s been a key part of Liverpool’s defence this season and it would have been a huge blow had he been ruled out for any period of time.

The fourth piece of good news for the Reds is that Jose Enrique is close to making his comeback after confirming on Twitter that he will return to full training on Wednesday.

The Spaniard has been out since the 0-0 draw with Bolton in the FA Cup back in late January due to a troublesome knee injury but he too is close to being in contention again which will give Rodgers another option heading into the final weeks of the season.

Training done for today. Really happy how it was today. Wednesday back with the team :))))))

Everything alright!!!was unconscious for a bit but glad its nothing serious!wanted to carry on but fair play to physios they didnt let me-thats the rules!OFF for couple of days with the family!! ✈️@baraskrtel #Matteo Thanks for all your support YNWA