The January transfer window is now closed but that won’t stop the newspapers from speculating ahead of the summer so we’ll bring you all the news and gossip. Today, Chelsea are linked with Real Madrid defender Raphael Varanve… 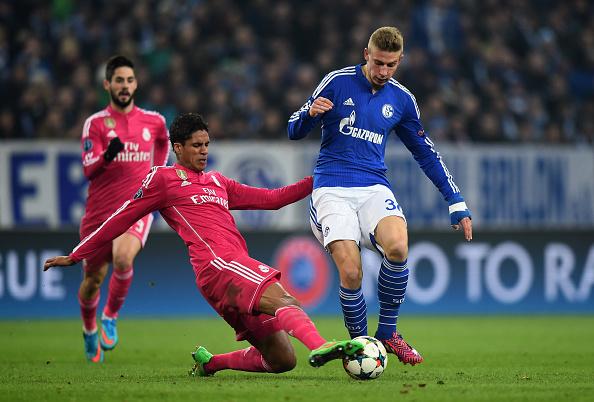 Chelsea are ready to make their move for Manchester United target Raphael Varane and will test Real Madrid’s resolve with a €55m offer for the centre-back, according to reports.

Varane has been with Madrid since joining the club from Lens in 2011 but has struggled to establish himself as an important part of Carlo Ancelotti’s starting eleven as Pepe and Sergio Ramos are the Italian coaches preferred defensive partnership.

His lack of regular action has led to the 21-year-old making just 56 La Liga appearances over the past three-and-a-half seasons, with many of those coming as a substitute, and while he has been playing more frequently in recent weeks, that’s mainly down to the fact that Ramos has been out injured.

Speculation last month suggested that Varane is becoming increasingly frustrated with his bit-part role at the Bernabeu and it’s led to rumours of a potential move to the Premier League with Manchester United and Chelsea among those linked with a move for the French international.

However, it looks like the Blues are ready to steal a march on their rivals as the Metro are citing reports coming out of Spain which claim that Jose Mourinho has made Varane a ‘priority’ signing this summer and is ready to test Madrid’s resolve with a €55m (£39.4m) offer.

John Terry is now coming towards the end of his illustrious career at Stamford Bridge and it appears Mourinho has identified Varane as a potential replacement, and I think he’d be a wonderful signing if the West Londoners could pull it off.

I still wouldn’t discount United from the race as Louis van Gaal is expected to be busy in the transfer market again this summer with a top class centre-back thought to be on his wish-list, and I’m sure the Red Devils would jump at the chance of signing a player of Varane’s quality.

However, it remains to be seen whether the European champions will be willing to do business. They’ll be under no pressure to sell as the player still has several years left on his contract, so Varane may have to push for the move in order to secure a switch to the likes of Chelsea or United.