The January transfer window may be closed but that won’t stop the newspapers from speculating ahead of the summer so we’ll bring you all the news and gossip. Today, Chelsea and Manchester United are linked with Blaise Matuidi…. 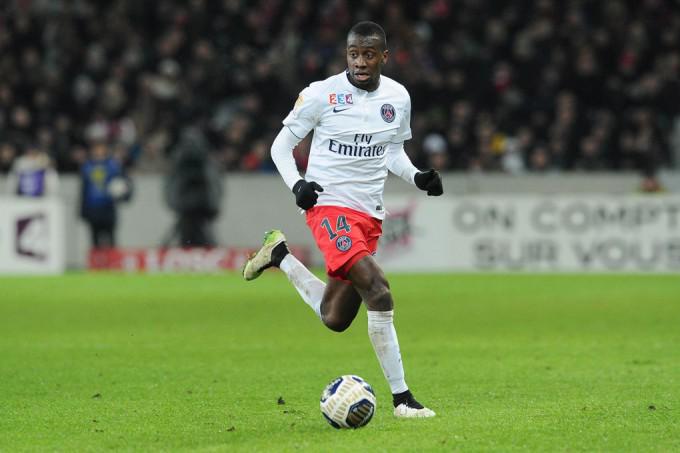 Paris Saint-Germain have told the likes of Chelsea and Manchester United they will have to pay €49m in order to sign midfielder Blaise Matuidi this summer, according to reports.

Matuidi has been with PSG since joining from Saint-Etienne in 2011 and has developed into one of the most sought-after central midfielders in Europe over the past two years.

The 27-year-old’s impressive form in the middle of the park led to interest from several top clubs and he was strongly linked with a move to the Premier League last summer before he eventually signed a new deal to keep him at the Parc des Princes.

Reports suggest that Chelsea and Manchester United are among the clubs keen on signing the French international and Matuidi is understood to be interested in trying his luck in England one day.

However, it seems the duo will have to dig deep if they want to stand a chance of landing him as the Express are suggesting that PSG have made it clear they would want €49m (£35m) in order to cash-in this summer.

It remains to be seen whether the likes of Chelsea or United would be prepared to pay that sort of money but they could face stiff competition as the midfielders agent, Mino Raiola, has claimed that up to 25 clubs have shown an interest in signing his client.

Interestingly, Raiola also admitted that he wanted Matuidi to leave PSG last summer and still feels the player should seek a move away at the end of the season. He said:

“It would have been good if he had changed club last summer,”

“But he didn’t want to and neither did PSG.

“I am still of the same opinion: it is good for the player and for the club when there are changes in the group. But Nasser did not agree, so Blaise is still here.

“Twenty-five clubs wanted Blaise! PSG refused offers, really big offers from clubs of the same standing as PSG.” Raiola is quoted as saying by the Express.

It looks like Matuidi is going to be in demand again this summer but €49m would be a huge investment. I personally don’t see Chelsea paying that much as central midfield isn’t an area they desperately need to strengthen, but United might be tempted.

Louis van Gaal has already admitted he needs another midfielder and Matuidi would add power and physicality to their side, as well as a lot of ability, so I think he’d be an excellent signing for the Red Devils if they could pull it off.