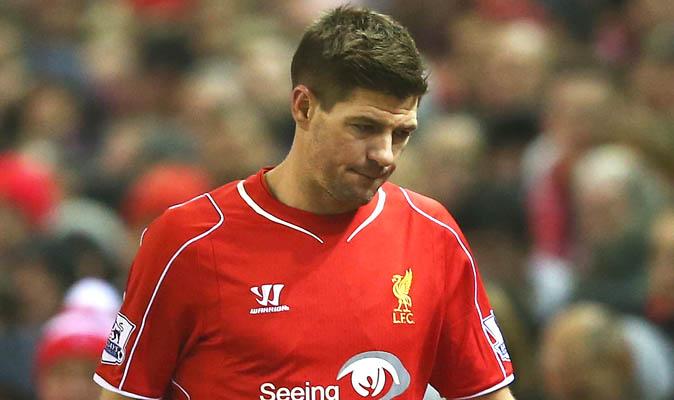 Liverpool have been handed a major injury boost as Steven Gerrard has declared himself fit to return from a hamstring injury against Swansea City on Monday night.

Gerrard has been out since suffering a hamstring injury during the second half of the Reds 3-2 victory over Tottenham Hotspur at Anfield last month.

The captain has had to sit and watch on from the sidelines for the last seven games as Liverpool went on an excellent run that saw them close the gap on the top four to just three points.

However, Gerrard has now claimed he’s finally recovered from the hamstring trouble and declared himself fit and available for Monday night’s trip to the Liberty Stadium.

“I’ve just got over the hamstring injury and I am fit and available for the next game.

“I want to finish [this season] really strong. I want to leave the team in the top four and hopefully go all the way in the FA Cup, that’ll be how I want to sign off.”

Gerrard’s return will be a major boost for Brendan Rodgers as it will give him another vital option in the middle of the park – although the Reds skipper may have his work cut out in regaining his first team place as Joe Allen has been performing extremely well alongside Jordan Henderson in recent weeks.

Liverpool head into the Swansea game sitting fifth in the Premier League table but they’ll be hoping to take advantage of any slip-ups from their rivals over the weekend to further close the gap on the top four.