Arsenal welcome West Ham to the Emirates on Saturday afternoon. Here’s a preview with team news, line-ups, predicted score and betting tips for the game.

Arsenal will look to cement their place in the top three of the Premier League when they host West Ham at the Emirates on Saturday afternoon.

We warmed up for the game with an impressive 2-1 victory over Manchester United at Old Trafford on Monday night to book our place in the semi finals of the FA Cup and keep us on course to retaining the trophy.

However, we’ll turn our attention back to the race for Champions League qualification this weekend and we currently sit third in the table, just a single point above fourth-placed Man Utd.

With the Red Devils hosting sixth-placed Tottenham on Sunday, we simply have to take advantage of two of our closest rivals playing each other by picking up all three points tomorrow.

And we should be confident of doing so as we have an excellent recent record against West Ham, winning all eight of our previous league games, and Sam Allardyce’s men haven’t won away since back in January.

Unfortunately Alex Oxlade-Chamberlain has been ruled out for up to four weeks with a hamstring injury that he picked up on Monday night.

Midfielder Mathieu Flamini is back in contention after returning from a hamstring injury while Mikel Arteta continued his comeback by resuming full training today following three months out with an ankle problem – although he won’t be available for selection tomorrow.

Gabriel is due back in training on Sunday but Jack Wilshere is still no closer to making his return from ankle surgery so he joins Mathieu Debuchy on the sidelines.

West Ham have their own injury worries to contend with as striker Enner Valencia is expected to miss out after cutting his toe in a freak accident at home.

Defender James Tomkins is also out after dislocating his shoulder in training while Carlton Cole, Winston Reid and Andy Caroll are also still missing through injury.

Carl Jenkinson is unable to play against his parent club due to the terms of his loan move but midfielder Morgan Amalfitano is back having served a three-match ban. 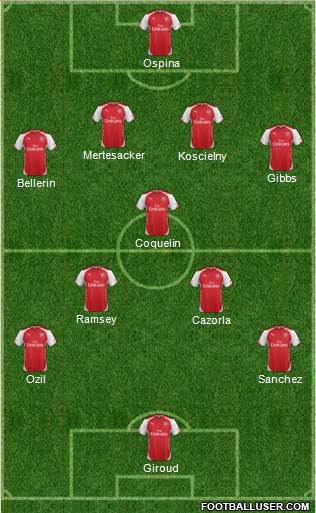 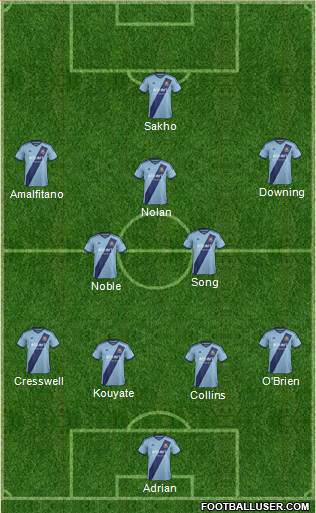 Arsenal 2-0 West Ham: We are on an excellent run in the league having won our previous four games and we should be full of confidence following our win at United. The Hammers are a decent side but with their injury problems, I think we’ll ease to a 2-0 win.

Arsenal are the heavy favourites to win the game at odds of 2/5 but Football-Talk can get you enhanced odds of 4/1 for an Arsenal win, plus you can get money back if you lose. My prediction of 2-0 is on offer at odds of 6/1 while I also like the look of Alexis Sanchez opening the scoring at 7/2. If we combine those bets in a scorecast then we get very tempting odds of 14/1. Surely that’s got to be worth a couple of quid!?