Chelsea will be looking to bounce back from their Champions League heartache when they face Southampton on Sunday afternoon.

The Blues crashed out of Europe’s elite competition on Wednesday after a hugely disappointing 2-2 draw with Paris Saint-Germain – who struck late on in extra time to progress on away goals despite playing for the majority of the match with 10-men.

But Jose Mourinho was in defiant mood at his pre-match press conference yesterday and is backing his players to respond with a performance against Southampton on Sunday and go on to lift the title this season.

Chelsea are now firmly in the driving seat as Manchester City blew their chance to close the gap after losing 1-0 at Burnley this evening meaning the Blues are five points clear with two games in hand, so they can put one hand on the trophy with victory tomorrow.

The Saints arrive in West London having dropped down to seventh place in the table following a poor run in front of goal that’s seen them register just once in their last six games, so Ronald Koeman will be keen to get their top four push back on track.

Chelsea have no fresh injury concerns to deal with so John Obi Mikel remains the clubs only injury absentee, with the Nigerian midfielder still nursing a knee injury.

Nemanja Matic is available for domestic duty after serving his two-match suspension.

Mourinho could look to freshen things up with the likes of Kurt Zouma, Filipe Luis and Juan Cuadrado pushing for recalls.

Southampton welcome back defender Toby Alderweireld after he recovered from a hamstring injury that’s kept him out for nine weeks.

However, Jay Rodriguez and Emmanuel Mayuka remain on the sidelines with long-term injuries. 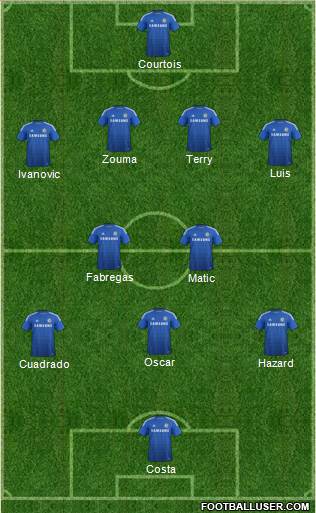 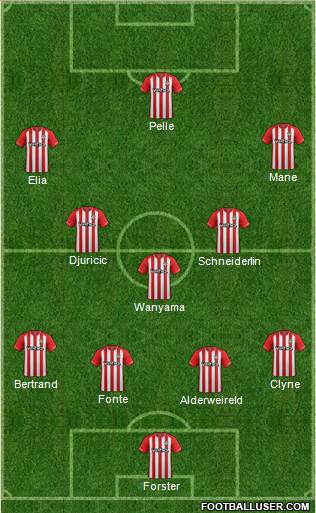 Chelsea 1-0 Southampton: Mourinho will be hoping his players don’t suffer a European hangover tomorrow. Southampton will be stubborn opposition and with the best two defence’s in the division facing off against each other, I can’t see many goals in this one but think the Blues will just edge it.

Chelsea are the favourites to win the game at odds of 6/10 but Football-Talk can get you enhanced odds of 4/1 for a Chelsea win, plus you can get money back if you lose. My prediction of 1-0 is on offer at odds of 5/1 while I also like the look of Eden Hazard to get the only goal of the game at odds of 5/1. If we combine those bets in a scorecast then we get very tempting odds of 16/1. Surely that’s got to be worth a couple of quid!?