Arsenal take on Monaco in the Champions League tonight. Here’s a preview with team news, line-ups, predicted score and betting tips for the game.

Arsenal will be looking to make history when they take on Monaco in the second leg of their Champions League last-16 tie tonight.

We head to the Stade Louis II Stadium needing to become the first team ever to turn around a 3-1 first leg home defeat in order to qualify for the quarter finals of the competition.

Our poor finishing and shambolic defending at the Emirates three weeks ago has left us with a huge task as we know we’ll need to score at least three goals to stand any chance of progressing to the next stage.

Ordinarily that wouldn’t be out of the question for a team that possesses the kind of firepower that Arsenal have in their ranks. However, Monaco have an outstanding record at the Stade Louis II having won 75% of their Champions League games at home – which is second only to Real Madrid in the history of the competition.

Leonardo Jardim’s side have also failed to concede a single goal at home in Europe this season, and have only let in two on the road, so we certainly face an uphill fight in order to turn things around.

The good news is we’ve won all three games since that nightmare three weeks ago and we looked back to our best against West Ham on Saturday, so Arsene Wenger’s men should be confident of putting in a positive display tonight.

Gabriel Paulista is back in the squad after recovering from a hamstring injury but he’s expected to be named among the substitutes.

Alex Oxlade-Chamberlain is out with his own hamstring problem so he joins Jack Wilshere on the sidelines.

Mikel Arteta and Mathieu Debuchy have resumed light training but are still some weeks away from making their first team come backs, while Tomas Rosicky hasn’t travelled due to sickness.

Monaco have been handed a triple boost ahead of the game with Jeremy Toulalan, Yannick Ferreira Carrasco and Geoffrey Kondogbia all in contention after recovering from injuries. 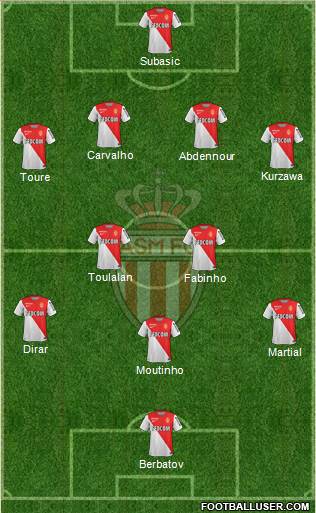 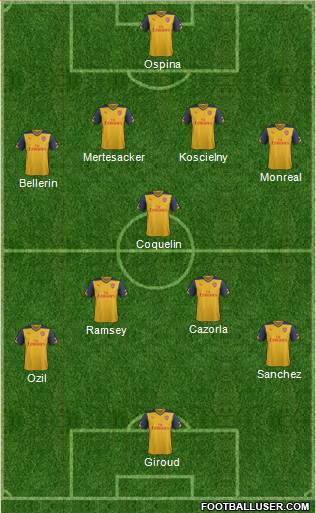 Monaco 1-1 Arsenal: If we can score an early goal, anything can happen, but I have a feeling Monaco are going to be ultra-defensive tonight and it’s going to be tough to break down one of the meanest defences in Europe. We have the attacking talent to beat anyone but we do struggle sometimes against a team that sits back and hits us on the counter, and Monaco showed us they are the masters of that tactic at the Emirates. I’d love to predict a resounding 3-0 away win but sadly I think it’s going to be tougher than some expect, and can see us being held to a frustrating draw. We might knick a narrow win but the damage was done in the first leg.

Arsenal are the narrow favourites to win the game at odds of 5/4 but Football-Talk can get you enhanced odds of 7/1 for an Arsenal win, plus you can get money back if you lose and £100 worth of free bets. My prediction of 1-1 is on offer at odds of 6/1 while I also like the look of Alexis Sanchez opening the scoring at 13/2. If we combine those bets in a scorecast then we get very tempting odds of 40/1. Surely that’s got to be worth a couple of quid!?