The January transfer window may be closed but that won’t stop the newspapers from speculating ahead of the summer so we’ll bring you all the news and gossip. Today, Chelsea are lining-up a huge double swoop on Real Madrid…. 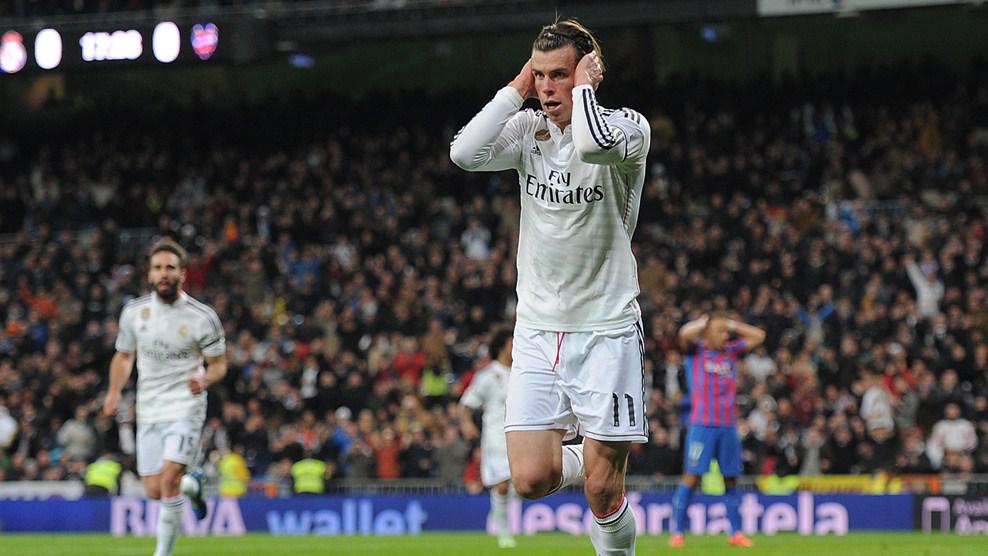 Chelsea are ready to spend €210m in order to beat Manchester United to the signings of Real Madrid duo Gareth Bale and Raphael Varane this summer, according to reports.

The Blues are expected to invest heavily in their squad at the end of the season after their hugely disappointing exit to Paris Saint-Germain in the Champions League last week and the Express claim that Jose Mourinho has identified Bale and Varane as his key targets.

Bale has been at Madrid since moving from Tottenham in 2013 and enjoyed an excellent debut season that saw him score 22 goals and provide 19 assists in 44 games as Carlo Ancelotti’s men lifted the Champions League trophy.

However, the Welshman has endured a more difficult second season in Spain with large sections of the Bernabeu crowd targetting him for rough treatment amid rumours he’s had an apparent fall-out with team-mate Cristiano Ronaldo.

Bale did respond with a match-winning double against Levante on Sunday night but he’s still being heavily linked with a move away with Chelsea and Manchester United reportedly desperate to lure him back to the Premier League.

Varane is another player who’s future has come under doubt at Madrid as he’s struggled to establish himself as a first team regular, with Ancelotti preferring Pepe and Sergio Ramos as his central defensive partnership.

It’s led to speculation that the French international may seek a move this summer in search of regular action and Chelsea and United have once again been strongly linked.

However, it looks like the Blues are ready to steel a march on their rivals as the Express claims that Mourinho is ready to test Madrid’s resolve with a whopping €210m (£150m) double bid.

The newspaper doesn’t specify the value placed on each player but you’d guess it would roughly work out at around £110m for Bale and £40m for Varane. Either way, it would be a huge investment and Madrid may be tempted to cash-in and use the money to rejuvenate their squad this summer.

It remains to be seen how United would respond if Chelsea do make a formal €210m double bid but I wouldn’t be surprised if they were prepared to match it, as long as they qualify for the Champions League next season.

Louis van Gaal is expected to be handed another sizeable transfer kitty this summer and I’m sure the Dutchman would jump at the chance of signing Bale and Varane if Madrid gave any indication they were prepared to sell.