Manchester United have opened talks with Wolfsburg over a potential deal for former Chelsea attacker Kevin De Bruyne this summer, according to reports.

The January transfer window may be closed but that won’t stop the newspapers from speculating ahead of the summer so we’ll bring you all the news and gossip. Today, Manchester United have opened talks over a deal for Kevin De Bruyne…. 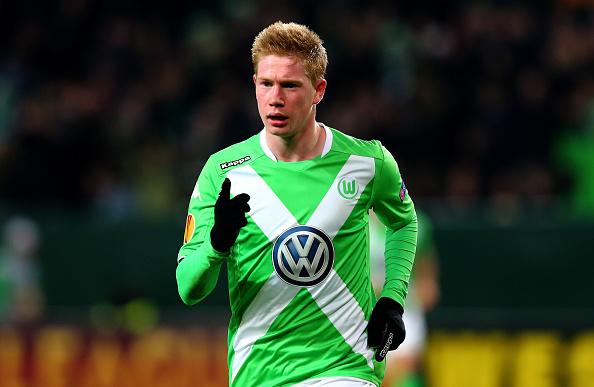 Manchester United have opened talks with Wolfsburg over a potential deal for former Chelsea attacker Kevin De Bruyne this summer, according to reports.

De Bruyne endured a frustrating two years at Chelsea having moved to the club in January 2012 as he was restricted to making just 9 appearances for the club and spent much of the 2012/13 season out on loan.

After a successful stint at Werder Bremen, the Belgian international eventually moved to Wolfsburg on a permanent deal in January 2014 and has rediscovered his best form, scoring 14 goals and providing 22 assists in 37 appearances so far this season.

His impressive performances have attracted interest from the Premier League once again and the Mirror are citing reports coming from Belgian newspaper HLN who claim that Manchester United have now opened talks with Wolfsburg over a potential deal ahead of the summer window.

Understandably, the Bundesliga outfit are desperate to keep hold of the 23-year-old and the report suggests that they’ve slapped a €60m (£43.5m) price-tag on his head.

It remains to be seen whether United will be willing to pay that kind of money for De Bruyne’s signature but it would be interesting to see where Louis van Gaal would play him if he did make the move to Old Trafford this summer.

De Bruyne is capable of playing on either wing but has mainly been deployed as a central attacking midfielder by Wolfsburg, so he’d give the Dutch boss plenty of options in attack, but it could spell bad news for the likes of Juan Mata.

The Spaniard has struggled to establish himself under van Gaal and has been linked with a move back to Spain this summer, so perhaps United will cash-in on Mata and use the money to fund a swoop for De Bruyne.