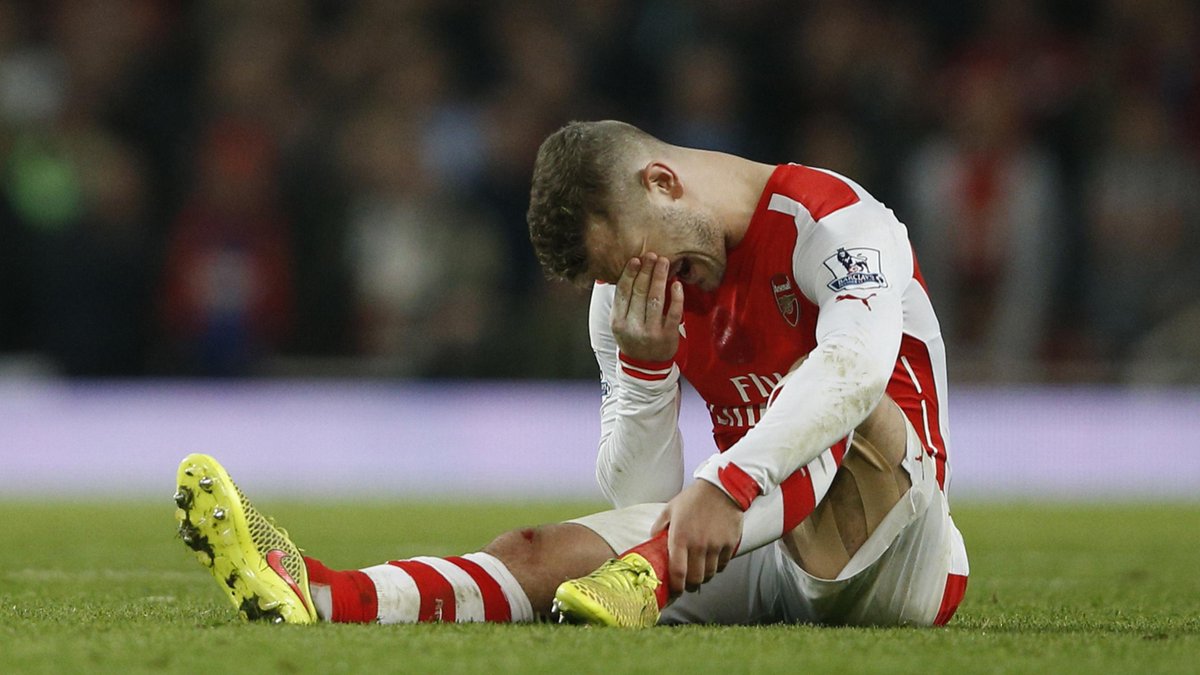 Arsenal manager Arsene Wenger has given a worrying update on the fitness of Jack Wilshere after revealing that he’s still ‘a few weeks away’ from making his return.

Wilshere has endured another frustrating season that’s been plagued by injury and he was forced on the sidelines after suffering ankle ligament damage against Manchester United back in late November.

He returned slightly ahead of schedule and was named as an unused substitute against Crystal Palace in February but was soon back on the treatment table after it was revealed the midfielder had undergone surgery to remove two small buttons that were causing discomfort in his ankle.

At the time Wenger claimed that is was only a minor procedure and Jack would only be out for a matter of days. However, speaking to the media at his pre-match press conference this morning ahead of Saturday’s trip to St James’ Park to face Newcastle, Wenger revealed that Wilshere is still ‘a few weeks away’ from making a return.

This is worrying news as once again it seems Jack’s injury problem is worse than first thought. A so-called simple procedure is now turning into another prolonged absence as here we are nearly a month later and there’s still no sign of him getting back on the pitch.

The good news is we’ve got an international break after the Newcastle game so Wilshere will have plenty of time to try and get himself back to full fitness but ‘a few weeks’ would indicate that he’ll also miss the Liverpool game on March 4th and be a doubt to take on Burnley on the 11th.

Wenger confirms Jack Wilshere is 'a few weeks away' from a return. Once again, a longer spell out that first predicted #AFC