The January transfer window may be closed but that won’t stop the newspapers from speculating ahead of the summer so we’ll bring you all the news and gossip. Today, Liverpool are ready to move for Arsenal’s Theo Walcott…. 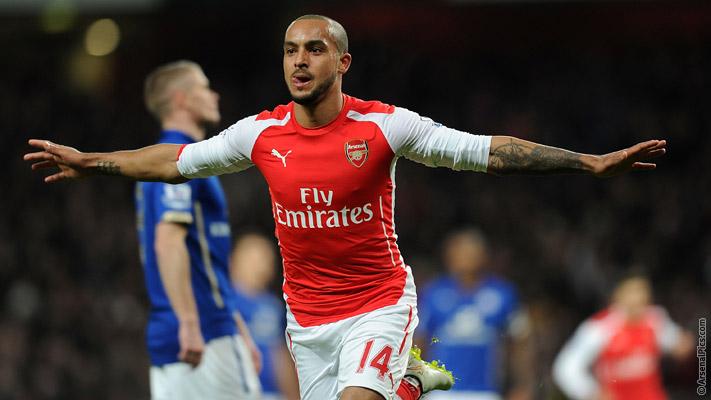 Liverpool are lining-up an audacious move for Theo Walcott with the attacker becoming increasingly frustrated with his lack of first team action at Arsenal since returning from injury, according to reports.

Walcott was out for over a year after suffering a serious knee injury against Tottenham in January 2014 and has struggled to regain his first team place since making his return to action at the turn of the year.

The 26-year-old has started just five games this season and is yet to complete a full ninety minutes, and it’s understood the pacey attacker is growing increasingly frustrated at his bit-part role in recent months.

The fact that Walcott has failed to regain his first team place has heightened doubts over his future at the Emirates as he’s about to enter the final year of his current contract and Arsene Wenger has already hinted that he’s expecting negotiations to be difficult.

Liverpool are beleived to have made an enquiry for Walcott in January 2013 when he was allowed to run his contract down to it’s last 6 months before eventually penning a new three-and-a-half-year deal.

However, with that contract now about to enter it’s final year again, the Mirror claim that Liverpool are ready to renew their interest and are lining-up an audacious move at the end of the season if the attacker doesn’t commit his future to Arsenal over the coming weeks.

Brendan Rodgers is a huge admirer of the England international’s and with doubts continuing over the future of Raheem Sterling due to his own contract stand-off, Walcott looks to be on his radar.

The newspaper suggests that although Liverpool remain confident of reaching an agreement with Sterling this summer, they are still monitoring developments with Walcott closely and are ready to pounce if they are given any encouragement he’d be open to a move to Anfield.

It’s certainly going to be an interesting few months with the future’s of both Walcott and Sterling in doubt. If Sterling was to leave Liverpool then Walcott would be an excellent replacement.

The Gunners are unlikely to let Theo run his contract down to it’s last 6 months again so you’d expect his future to be resolved one way or the other this summer, but I’m sure Liverpool won’t be the only one’s interested if he is made available for transfer.