[Player Ratings] Newcastle 1-2 Arsenal: Giroud Proves His Worth Yet Again

Arsenal closed in on the top two after grinding out a 2-1 victory over Newcastle at St James’ Park thanks to a double from Olivier Giroud. Here are my ratings: 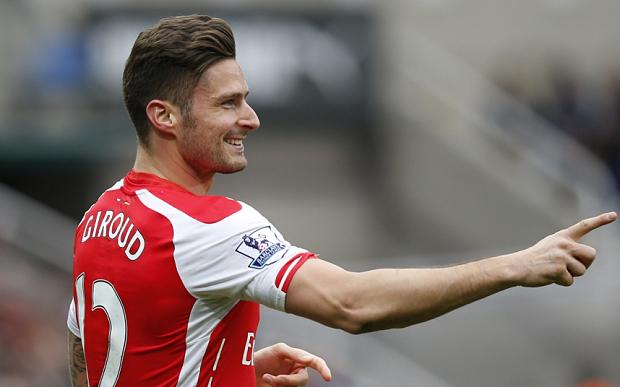 Arsenal closed in on the top two after grinding out a 2-1 victory over Newcastle United at St James’ Park on Saturday afternoon thanks to a first half double from Olivier Giroud.

Here are ratings from Gooner Mac:

Ospina  7.5/10 | Virtual bystander in the first half but made a vital save midway through the second period to keep it at 2-1. Came to collect some crosses which helped relieve the pressure.

Chambers  6/10 | A difficult game for the youngster. I’m not convinced by his as a right-back and this performance certainly hasn’t changed my mind.

Gabriel   7/10 | Another encouraging performance from the Brazilian. Coped with the pressure in the second half admirably.

Koscielny  7/10 | Dealt with the tricky threat of Perez well and marshalled the back line late on.

Monreal   6/10 | Not his best display. The goal came from down his side as he was caught out by Taylor and Cabella.

Coquelin  7.5/10 | Also at fault for the goal as he failed to follow Cabella’s run but otherwise Coquelin was excellent. He made several key tackles, particularly in the first half.

Ramsey  7/10 | Perhaps not at his best in the final third but his energy was important and he worked hard for the team.

Alexis  7/10 | Lively in the first half but barely saw the ball after the break and looked knackered. Hopefully he can use the international break to re-charge his batteries.

Cazorla   7/10 | Provided the crosses for both goals today but wasn’t at his best from open play. Another who could do with a well-earned break.

Welbeck   7/10 | Made some lovely runs but his final product was lacking. Worked hard though and his pace was an outlet.

Giroud  8/10 | Proved his worth again with a brace to make it 9 goals in 9 games. A real presence up front and we wouldn’t have won this game without him.

Rosicky 6/10 | Added some much needed energy in the final 20 minutes.

Flamini 5/10 | Ran around a lot but awful in possession of the ball.