Liverpool could be without up to seven first team players for their match against Arsenal as injuries and suspensions take their tole on Brendan Rodgers squad. 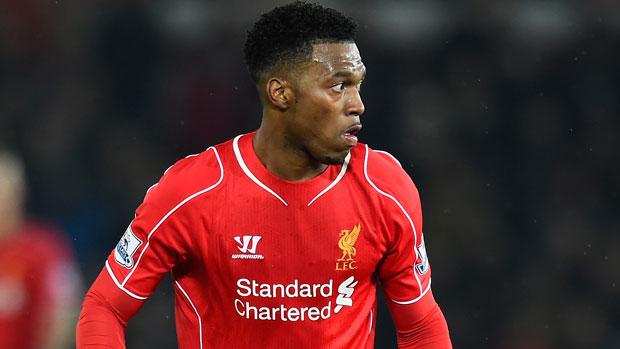 Liverpool could be without up to seven first team players for their crucial match against Arsenal next weekend as injuries and suspensions take their tole on Brendan Rodgers squad.

Daniel Sturridge became the latest Liverpool player to withdraw from international duty after pulling out of the England squad last night.

The striker picked up a hip injury during the Reds 2-1 defeat to Manchester United on Sunday and after undergoing assessments with the England medical team on Monday, the 26-year-old has been ruled out of upcoming games against Lithuania and Italy.

Sturridge will head back to Merseyside to be further assessed by Liverpool staff but he’s now considered a doubt to take on Arsenal on April 4th.

Adam Lallana had already pulled of of the England squad with a groin injury and is almost certain to miss the trip to the Emirates as the problem is expected to keep him out for at least two weeks.

Defender Dejan Lovren is also a doubt after pulling out of the Croatian squad for their game against Norway on Saturday after suffering a recurrence of an abdominal injury, while reports in Belgium suggest that Simon Mignolet is set to undergo a scan on his left ankle after being caught by Man Utd’s Wayne Rooney on Sunday.

Steven Gerrard is certain to miss the Arsenal game after his sending off against United while Martin Skrtel is set to join the Liverpool skipper on the sidelines after being charged by the FA for an alleged stamp on David De Gea during the closing stages at Anfield.

The final concern for Liverpool is that Raheem Sterling is struggling with a toe injury. Roy Hodgson is expected to risk the attacker for Friday’s Euro 2016 qualifier against Lithuania but should then rest him for Tuesday’s friendly with Italy.

So Brendan Rodgers is going to be facing a nervous few days as he hopes a number of his players can overcome their various injuries in order to be passed fit to face the Gunners after the international break.

Should the likes of Sterling, Mignolet and Lovren aggravate their injuries even further then they could join Gerrard, Skrtel and Lallana in missing the trip to North London, while Rodgers will also be sweating over the fitness of Sturridge.

Liverpool will go into the match sitting five points behind fourth-placed Man Utd and six behind Arsenal, therefore defeat at the Emirates would be a major blow to their top four hopes, so Rodgers will be desperate for his key men to recover quickly and help them get their Champions League qualification quest back on track.