Arsenal boss Arsene Wenger has been handed a quadruple injury boost ahead of next weekend’s crucial top four clash against Liverpool, according to reports. 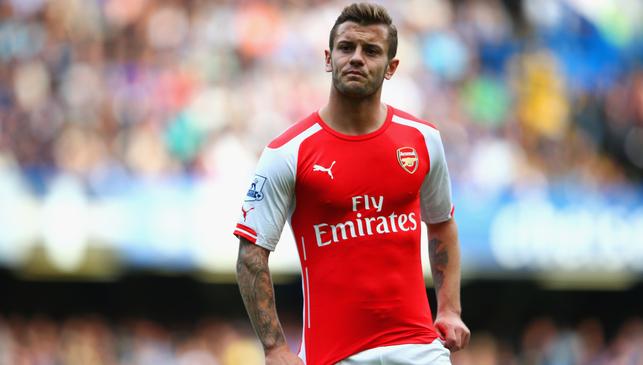 Arsenal boss Arsene Wenger has been handed a quadruple injury boost ahead of next weekend’s crucial top four clash against Liverpool.

According to the Mirror, Jack Wilshere, Mathieu Debuchy, Alex Oxlade-Chamberlain and Mikel Arteta are all set to be passed fit to return to the squad for the visit of the Merseysiders to the Emirates.

Wilshere has been on the sidelines for four months after damaging ankle ligaments against Manchester United back in late November. The 23-year-old was on the cusp of a return in February before undergoing another operation and has been slowly working his way back to full fitness in recent weeks.

But the Mirror claim that Wilshere is now set to return to full training and could be back in the squad to face Liverpool next weekend.

Arteta has also been out for over four months after straining his calf against Borussia Dortmund in November while Debuchy has been out since dislocating his shoulder at the start of January.

However, after returning to light training earlier this month, the newspaper suggests they are now back in full training and on course to being in contention to face the Merseysiders on Saturday week.

In a further boost for the Gunners, it’s thought that Oxlade-Chamberlain is also hopeful he will have recovered from a hamstring injury in time to be available for the Liverpool match.

The Ox picked up his latest injury against Man Utd on March 9th but is recovering well and it looks like he too could be back in the squad as Arsenal welcome their fellow top four hopefuls to the Emirates after the international break.

The Gunners currently sit six points clear of fifth-placed Liverpool and victory on April 4th would take their advantage to nine with just seven games left to play. However, defeat would see the gap cut to just three points so this match is going to be vital in the hunt for Champions League qualification and no doubt Wenger will be pleased to have four of his first team players back fighting fit for the game.