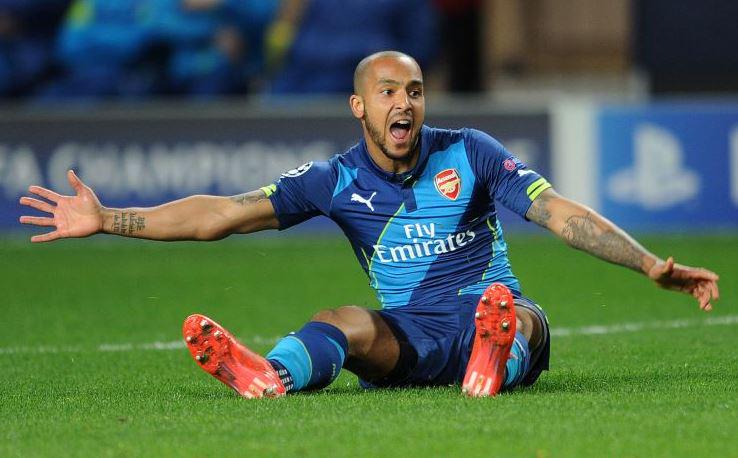 Walcott’s future at the club is already in doubt as he’s lost his place in the first team since returning from injury at the turn of the year.

The 26-year-old is also struggling to agree terms with the club over a contract extension and news coming from Winterburn suggests the negotiations are causing tension within the club.

It appears things boiled over as the former left-back also revealed that Walcott had a bust-up with boss Arsene Wenger on the training pitch last week.

The claims were made by BT Sports pundit Ian Stone, who was a guest on celebrity Arsenal fan Alan Davies’ podcast ‘The Tuesday Club‘ this week, where he let slip that Winterburn had told him about the Wenger-Walcott row.

“Theo and Arsene had a big row, Arsene told him off massively at the training ground last week,” Stone said on the Tuesday Club.

I have a feeling that Walcott’s axing from the first team in recent weeks is strongly linked with his contract stand-off and it appears the situation is starting to get messy.

I’d personally love to see Theo sign a new deal as I feel he’s an important part of the squad who offers something completely different to what others bring.

However, with just over a year left on his deal and tensions running high with the manager, it looks increasingly unlikely that he’ll sign a new contract.

Unless the situation changes over the coming weeks, I think we could see Walcott sold this summer as the club won’t want to see him walk away on a free transfer in 2016, and I think it will be a real shame to see his Arsenal career end on a sour note.