Croatian international midfielder Mateo Kovacic will join Liverpool from Inter Milan this summer in a €30m deal despite interest from rivals Arsenal.

The January transfer window is now closed but that won’t stop the newspapers from speculating ahead of the summer so we’ll bring you all the news and gossip. Today, Mateo Kovacic is set to join Liverpool despite interest from Arsenal…. 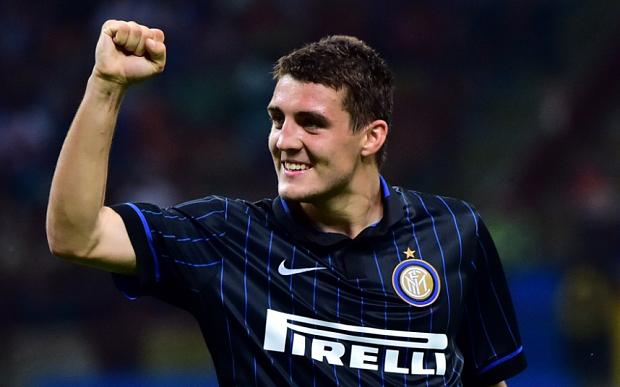 Croatian international midfielder Mateo Kovacic looks set to join Liverpool from Inter Milan this summer in a €30m deal despite interest from Arsenal, according to reports.

Kovacic moved to Inter Milan in January 2013 from Dinamo Zagreb in a deal worth £11m and enjoyed an excellent start to life in Italy as he developed into one of the most promising midfielders in European football.

However, his lost his way slightly under Roberto Mancini this season and speculation suggests that the cash-strapped Italian giants are now looking to cash-in on the youngster this summer.

The 20-year-old has attracted interest from England with Arsenal and Chelsea strongly linked with a move and reports earlier this week even suggested that Arsene Wenger was set to table a formal €24m (£17.5m) offer.

But it looks like the Gunners could now see their potential deal hijacked as ITV are citing reports coming out of Italy that claim Kovacic will join Liverpool in May after they agreed to meet Inter’s €30m (£22m) asking price.

There is still time for Arsenal to come back with a counter-bid of their own and also meet Inter’s demands, but if these reports from Italy are accurate then Liverpool appear to be firmly in the driving seat to land one of the most exciting young midfielders in Europe.

Kovacic is predominantly used as a deep-lying playmaker and he’s known for his excellent passing range, but he can also play the box-to-box midfielder role, so Brendan Rodgers is likely to be eyeing him as a replacement for Steven Gerrard.

Despite his tender age, Kovacic has already racked up 19 caps for the Croatian senior national team and he’s got his best years ahead of him to develop even further, so he’d be a superb signing if either Liverpool or Arsenal could pull it off this summer.