The January transfer window is now closed but that won’t stop the newspapers from speculating ahead of the summer so we’ll bring you all the news and gossip. Today, Man Utd and Liverpool are linked with Miralem Pjanic…. 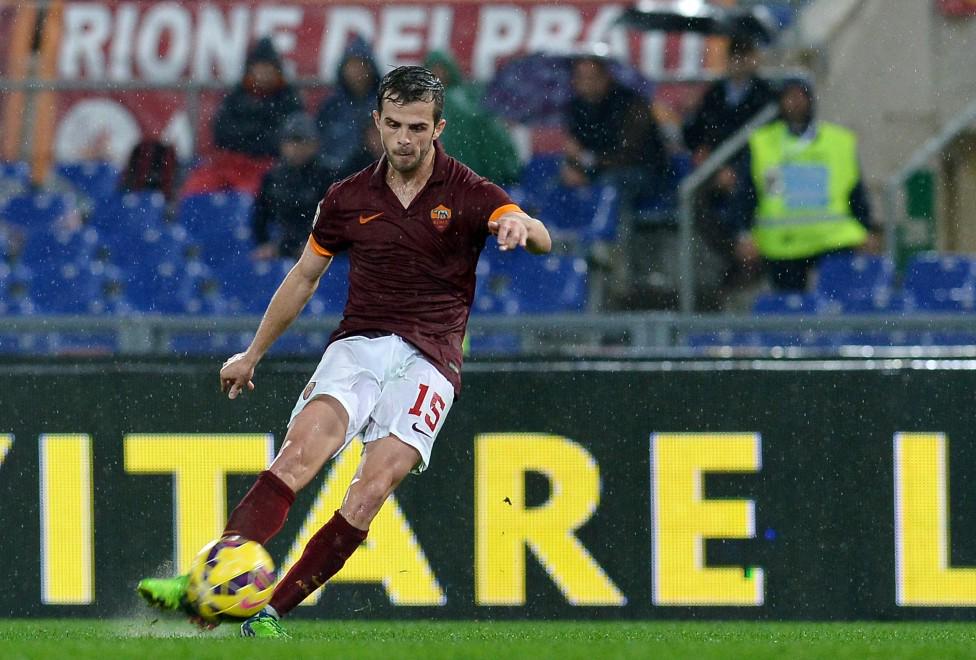 Manchester United and Liverpool have been handed a boost in their pursuit of Miralem Pjanic with the midfielder set to leave Roma at the end of the season, according to reports.

Pjanic has constantly been linked with a move away from the Stadio Olimpico since joining from Lyon in 2011 but has so far always remained loyal to Roma.

However, the Express are citing reports coming from Italian outlet Corriere cello Sport which claim that the Bosnian international has now decided to finally leave at the end of the season.

The newspaper suggests that the midfielder wants a fresh challenge after becoming frustrated with Roma’s poor form in recent weeks which has seen them slip 14 points behind Serie A leaders Juventus and drag them into a battle for Champions League qualification.

The news is expected to be of interest to Liverpool and Manchester United as the Express claim the duo are both keen on luring Pjanic to the Premier League this summer but they will have to dig deep as Roma apparently value the 24-year-old at around €50m (£37m).

Brendan Rodgers is on the look-out for a replacement for Steven Gerrard – who is set to join LA Galaxy this summer – and Pjanic would be an excellent option as he’s capable of playing as a deep-lying playmaker but it also more than comfortable at being a box-to-box midfielder.

However, United are also in the market for midfield reinforcements and Louis van Gaal would no doubt be interested if a player like Pjanic came on the market, so it’s going to be interesting to see where he ends up if he does leave Italy this summer.

I personally think a move to Anfield would suit him best but it remains to be seen whether Liverpool will have the money to fund a €50m deal. United certainly have the edge in that department so perhaps they could be considered as the favourites if Pjanic opts for a move to England.