Liverpool Injury Boost As Midfielder Declares Himself Fit Ahead Of Arsenal

Liverpool have been handed a timely boost as midfielder Lucas Leiva have declared himself 100% fit ahead of this weekend’s showdown with Arsenal. 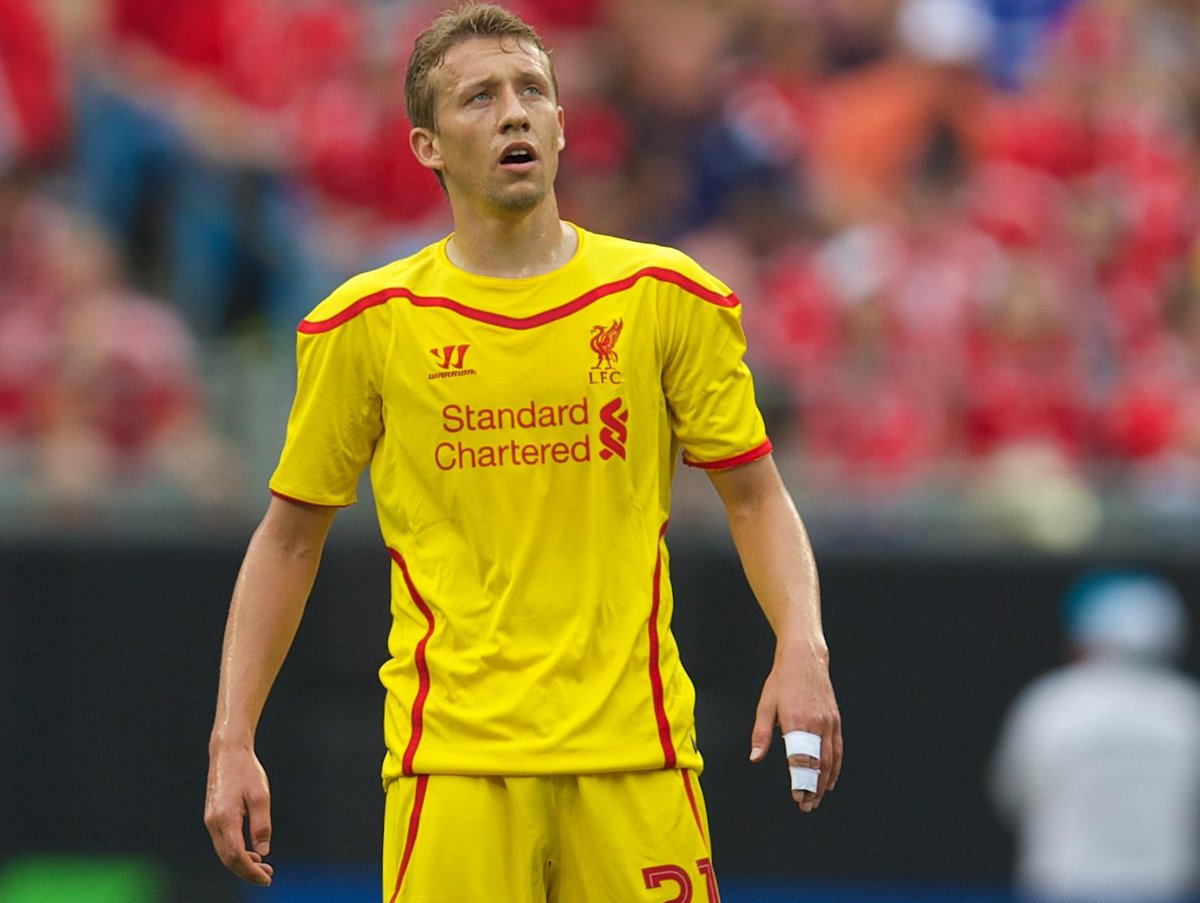 Liverpool have been handed a timely boost as midfielder Lucas Leiva have declared himself 100% fit ahead of this weekend’s showdown with Arsenal.

Leiva has endured a stop-start season and spent six weeks on the sidelines after picking up groin injury during Liverpool’s 0-0 draw against Mersey rivals Everton back on February 7th.

The Brazilian returned to full training in late March and was named as an unused substitute for the Reds disappointing 2-1 defeat to Manchester United at Anfield before the international break.

He’s now admitted that he wasn’t quite ready to make his comeback that day but after coming through the full 90 minutes in Sunday’s All-Star charity game at Anfield, Leiva feels he’s now back to 1005 fitness.

Lucas opted to remain in England and train at Melwood during the international break and the 28-year-old believes he’s ready to contribute if Brendan Rodgers calls on him for Saturday’s huge clash at Arsenal.

“Now it’s just a question of getting some minutes and training sessions, so that’s what I need and what I’m having. Leading into the Arsenal game that’s going to be good because I will have had three full weeks of training and I’m looking forward to it.”

“Of course it’s good to have a few days off but I was away in Brazil while I was having my treatment, so it was the right decision to stay here and keep working during the international break.

“If you get too many days off you don’t get the sharpness and the rythmn of the training session and that’s what I was missing.

“I spoke with the staff and they prepared everything for me as well to make me feel as though I’m in good condition, so it’s looking good and hopefully it will only get better.”

With captain Steven Gerrard starting a three-game suspension this weekend following his dismissal against United, Leiva could well be in line for a recall to the starting eleven against the Gunners this weekend.

Joe Allen and Jordan Henderson have forged a decent partnership in the middle of the park but Leiva was in excellent form himself before he picked up his latest injury, and he’d started 11 out of the previous 12 games before being forced off at Goodison Park, so Rodgers may be tempted to recall the Brazilian on Saturday.