Manchester United attacker Adnan Januzaj has been mocked by fans after selecting a five-a-side team that didn’t include a goalkeeper or defender. 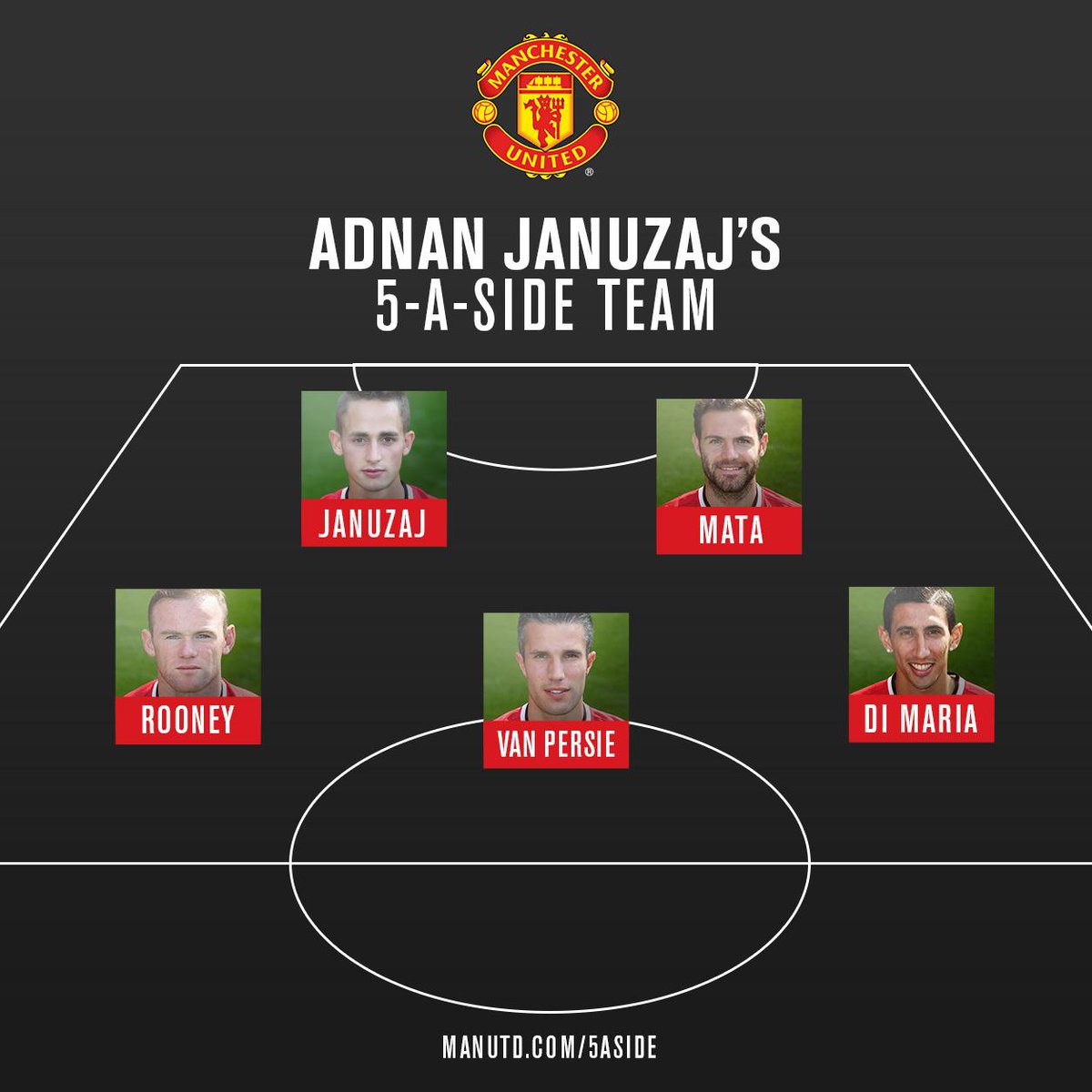 Manchester United attacker Adnan Januzaj has been mocked by fans after selecting a five-a-side team that didn’t include a goalkeeper or defender.

Januzaj is the latest player to be asked to pick his dream 5-a-side team for a feature on United’s website and it’s fair to say he went for a very attack-minded side.

The 20-year-old picked himself, which always gets a laugh from the Twitter trolls, while he also selected Spanish attacker Juan Mata.

However, Januzaj has been mocked after failing to name a goalkeeper or a defender in his starting five, while Twitter users also joked that Belgian team-mate Marouane Fellaini wouldn’t be happy at being left out.

Januzaj’s side would no doubt score plenty of goals but I fear they’d have problems keeping them out at the other end, too.

Here are some of the replies left on Twitter to his team:

@ManUtd no keeper or defender good one

@ManUtd he's not really thought that through

@ManUtd He picked himself