Here we have an infographic which compares Arsenal’s Theo Walcott against Liverpool’s Raheem Sterling in terms of various statistics. Check it out here 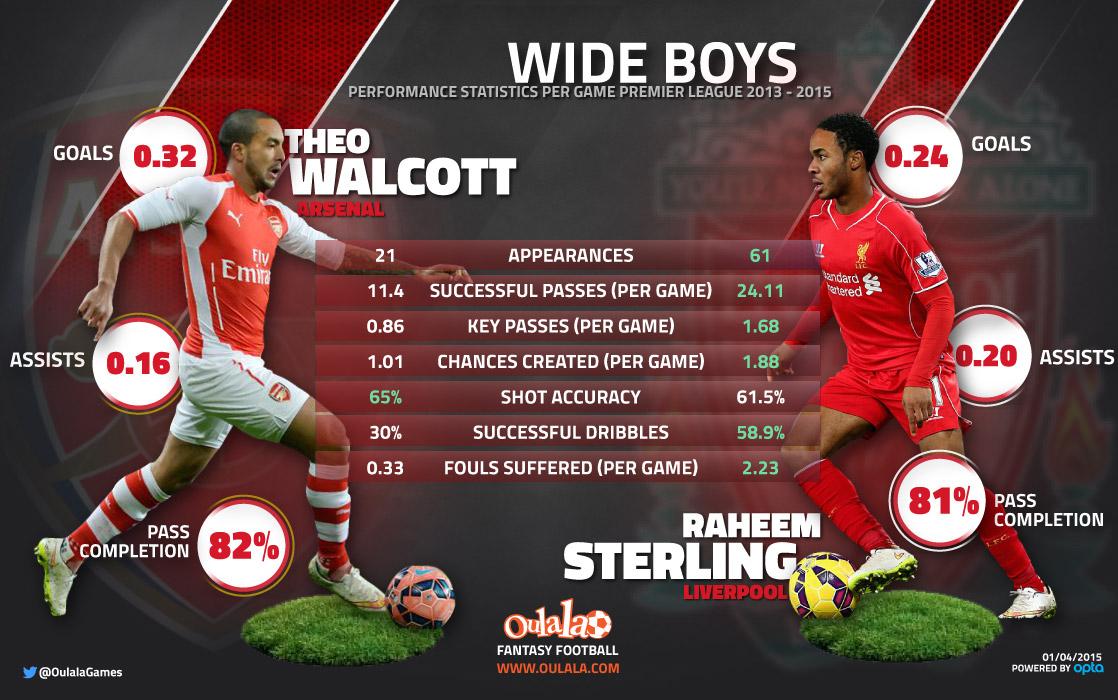 The futures of both Theo Walcott and Raheem Sterling have been talked about constantly in the newspapers over the past few months.

Walcott is about to enter the final year of his deal at Arsenal while Sterling has shelved talks over an extension with Liverpool until the end of the season.

The England duo have both been strongly linked with moves this summer and there have even been reports suggesting a potential swap deal involving the two players could be on the cards.

Therefore, this infographic from www.oulala.com is likely to make for interesting reading as it compares Walcott and Sterling in various areas in the Premier League between 2013 and 2015.

During that time Sterling has managed nearly three times more appearances than Walcott as the Arsenal man has only recently returned from a long-term knee injury – so it’s worth keeping that in mind when looking at the results.

Walcott has a better shooting accuracy but Sterling leads the way again in terms of successful dribbles and the number of fouls he attracts per game.

Walcott actually has a slightly better pass completion rate and averages more goals per game, but Sterling edges the number of assists provided per game.

Overall, based on these statistics alone, Walcott appears more deadly in front of goal but Sterling is far more influential in all other aspects of the match.

Which player would you rather have in your team? Would Arsenal or Liverpool fans welcome a swap deal?