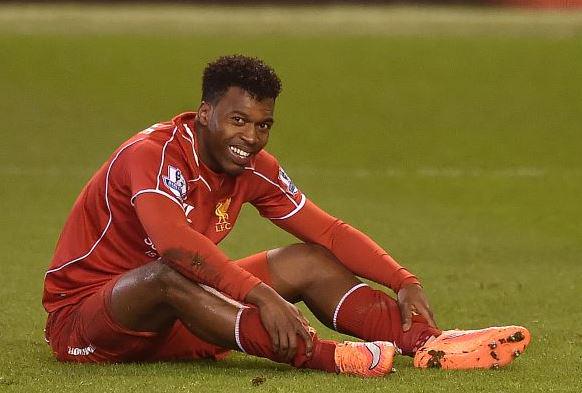 Liverpool will look to get their top four hopes back on track when they take on Arsenal at the Emirates on Saturday afternoon.

Ahead of the game, Brendan Rodgers has been speaking to the media at his pre-match press conference and he’s given Liverpoolfc.com a team news and injury update.

The Reds boss confirmed that Daniel Sturridge was able to take part in full training today so they’ll see how he responds tomorrow before making any decision over his involvement on Saturday.

This is a welcome boost to Liverpool as there were fears Sturridge was set for another spell on the sidelines after being forced to withdraw from England duty with an apparent hip injury that he suffered against Manchester United two weeks ago.

However, it appears the striker has made a miraculous recovery and he could now be in the squad that travels to North London this weekend.

Rodgers also confirmed that Adam Lallana is another player who has made a speedy recovery after he too pulled out of the England squad with a groin injury that was initially expected to keep him out for up to a month.

But the midfielder is due to return to full training on Friday and Rodgers is hopeful he’ll be passed fit to face the Gunners.

The Liverpool boss also told reporters that Lucas Leiva is in contention to make his long-awaited first team comeback after working on his fitness during the international break having been an unused substitute against Man Utd.

“Daniel is back training with the team today. We’ll see the reaction of that tomorrow.

“It’s a game we will want to get something from. In terms of the objectives going into the game, it’s no different to what it was before Manchester United, but of course we had a disappointing result and performance last time out.

“We really want to make sure we perform and give ourselves a chance to get a positive result.

“The team is coming along fine. The squad have been away, some of them coming back from internationals, and they’re fine.

“Jordan Henderson is back in and Lucas Leiva is back fit and available to come in from the start. The squad is good.

“Adam will hopefully be training with the team tomorrow and available for the weekend.”

It will be a major boost for Liverpool if Sturridge is available this weekend as the striker has endured a frustrating season so far and the Reds could certainly do with his goal threat up front.

The Merseysiders head to the capital sitting five points off fourth-placed Manchester United with Arsenal a further point ahead so they desperately need to pick up a positive result to keep their Champions League qualification hopes alive.