Arsene Wenger has confirmed a quadruple injury boost ahead of Arsenal’s vital clash with Liverpool at the Emirates Stadium on Saturday afternoon. 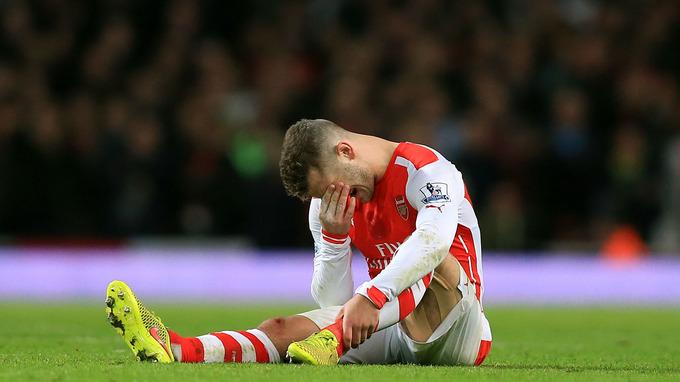 Arsenal will look to climb up to second in the Premier League table when they take on Liverpool at the Emirates on Saturday afternoon.

Ahead of the game, Arsene Wenger has been speaking to the media at his pre-match press conference and he’s given Arsenal.com a team news and injury update.

The Frenchman confirmed a quadruple boost with Jack Wilshere, Mikel Arteta, Mathieu Debuchy and Abou Diaby all back in full training and they came through a friendly match on Tuesday unscathed.

Arteta has been out for over four months with a calf injury while Wilshere has also not played since back in November when he suffered ankle ligament damage against Manchester United.

Debuchy has been on the sidelines since dislocating his shoulder in January and midfielder Diaby is yet to feature this season due to a number of ailments.

However, while the quartet are now back in training, Wenger hasn’t decided if any will be involved against Liverpool as they are still lacking in match fitness.

The Arsenal boss also confirmed what we reported earlier that Alex Oxlade-Chamberlain is back in training following a hamstring injury but won’t be in contention this weekend, while Danny Welbeck faces a late fitness test on a knee injury.

on Arteta, Wilshere, Debuchy and Diaby…

They were all involved on Tuesday and it went well. They’ve no problem after that coming out of the game. They are back available in training, a bit short still of top competitive level certainly but that’s normal. They’ve been out for a long time but I was quite surprised by how fit they looked and the quality of their performance – it was good.

on recalling them for Saturday…

Jack or Diaby or Debuchy, will I involve any of them? I don’t know, I haven’t decided.

on how vital their experience will be…

on Oxlade-Chamberlain and Welbeck…

Oxlade-Chamberlain is still out and not available and Danny Welbeck came back from England with a slight knee injury. It looks like he has a little chance to be available for Saturday still.

Arsenal head into the game holding a six-point advantage over fifth-placed Liverpool in the Premier League table so they could almost ensure they’ll be playing Champions League football again if they can secure their eighth consecutive league win this weekend.