Chelsea will look to tighten their grip at the top of the Premier League table when they face Stoke City at Stamford Bridge on Saturday evening.

The Blues head into the weekend action sitting six points clear of second-placed Manchester City with a game in had so they can go another step closer to reclaiming the title with victory tomorrow.

The West Londoners maintained their advantaged at the top with a 3-2 win at Hull City before the international break but they needed a late winner from Loic Remy to secure the three points after throwing away a two-goal lead, so Jose Mourinho will be looking for a more routine victory over Stoke.

Mark Hughes brings his side to Chelsea knowing he’s never won at Stamford Bridge as a manager and that record is likely to remain in tact unless the Potters can find their form again having lost their last to games against West Brom and Crystal Palace.

Chelsea have been boosted by the news that striker Diego Costa has recovered from a hamstring injury quicker than expected although Mourinho has hinted he won’t risk him from the start this weekend.

John Obi Mikel is back in full training after recovering from a long-term knee injury but he still lacks match fitness so won’t be in contention tomorrow.

Stoke expect Jonathan Walters to recover from a calf injury so he should start the game while Philipp Wollscheid, Erik Pieters and Stephen Ireland are also all fit again.

Marc Muniesa could also return to the squad after a hamstring problem but while Victor Moses has recovered from his injury, he won’t be able to play against his parent club. 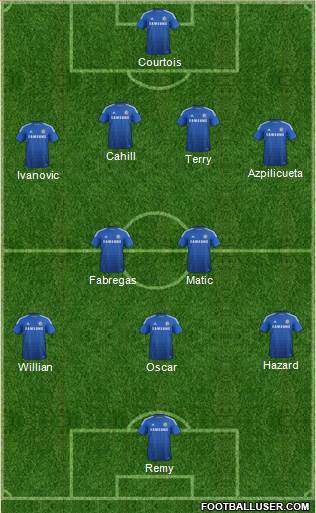 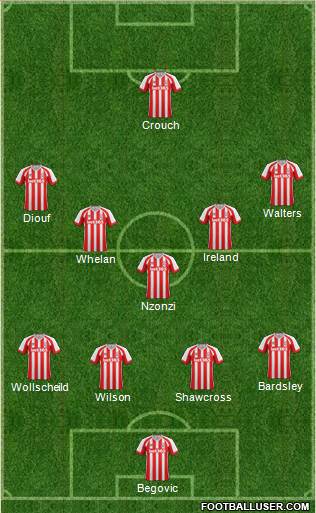 Chelsea 2-0 Stoke: The Blues remain unbeaten at the Bridge in the league this season and I don’t see that record under any threat tomorrow. Even with Costa left on the bench, Chelsea should have too much for Stoke to handle and I can see them going another step closer to lifting the title with a 2-0 win.

Chelsea are the 2/7 favourites to win the game but Football-Talk can get you enhanced odds of 3/1 for a Chelsea win, plus you can get money back if you lose and £100 in free bets. My prediction of 2-0 is on offer at odds of 9/2 while I also like the look of Eden Hazard to open the scoring at odds of 4/1. If we combine those bets in a scorecast then we get very tempting odds of 12/1. Surely that’s got to be worth a couple of quid!?

Fans can now follow the Chelsea F.C. via the ‘Official Chelsea FC’ Club on INPLAY, receiving the latest news, videos, offers and more, and seamlessly share them with all their friends and fellow CFC fans on INPLAY. Chelsea FC joins fabulous full-back Cesar Azpilicueta in launching their own official Fan Club on the app.

In order to have your chance of winning this fantastic prize, all you need to do is to follow 3 easy steps:

The promotion will run between 2-30 April.

Get started by downloading the app here.