Arsenal moved up to second in the table with a 4-1 victory over Liverpool at the Emirates on Saturday. Here, Gunner333 gives us his thoughts on the game….

Arsenal moved up to second in the Premier League table with a 4-1 victory over Liverpool at the Emirates Stadium on Saturday afternoon. Here, Gunner333 gives us his thoughts on the game…. 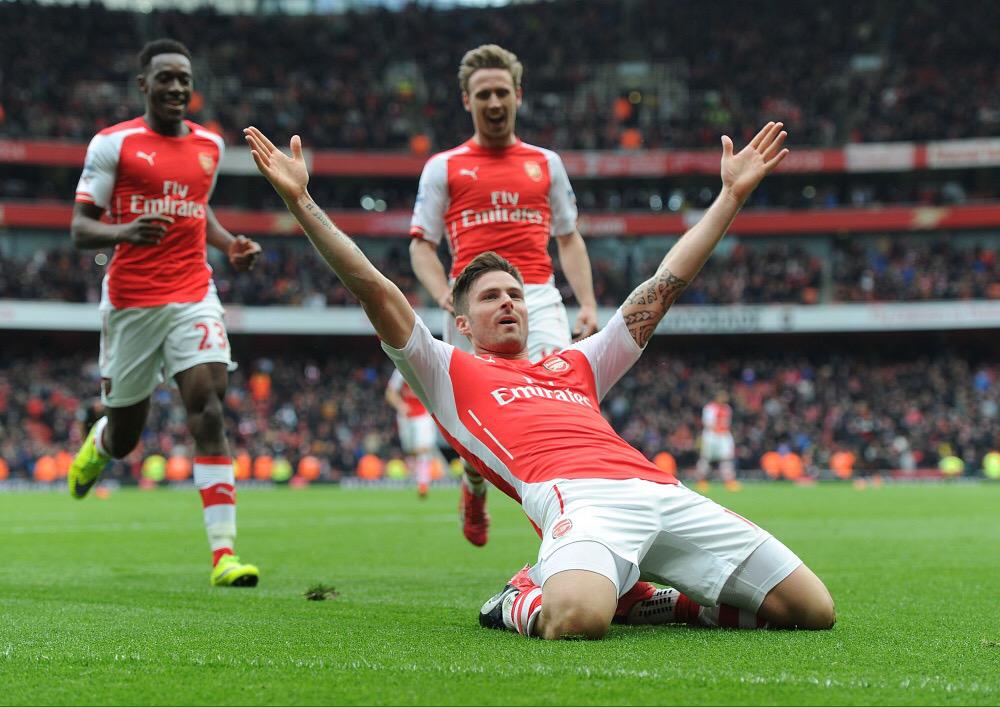 With top-four aspirations bolstered by an impressive run of form, the Gunners were looking to fuel an ambitious title push with a tenth win in eleven when Liverpool travelled to the Emirates.

Both sides had chances to open the scoring early on but it was Arsenal who found the breakthrough as the hosts took control with three quick-fire goals before half-time. Moreno’s ushering of Bellerin into a clear sight of goal allowed the Spaniard to curl home a sublime first, before the second arose moments later courtesy of an Özil free-kick and Sanchez smashed home the third in the 45th minute.

A lapse in concentration by the Gunners would hand Liverpool the opportunity to find a consolation from the penalty spot, after Sterling was brought down by Bellerin in the box. Looking to develop his profile as Gerrard’s ‘ideal’ replacement, Henderson just about converted the spot-kick, despite Ospina getting a hand to it.

Emre Can all but eradicated the faint Liverpool comeback, when his earlier yellow card for dissent was matched by another for a ridiculous foul on Welbeck and the German was sent to the tunnel.

Misery was compounded for a defeatist Liverpool side when Arsenal grabbed a late fourth. An in-form Giroud iced the Arsenal cake when the Frenchman capitalised on his first real opening in the game, to whip a sharp shot passed the desolate Mignolet.

The victory puts a nine-point gap between the two sides, with Arsenal leading the Chelsea chasing pack, with seven games remaining. Arsenal looked as clinical as ever and I shall now assess whether or not the result has pushed the Gunners closer to threatening leaders Chelsea.

The focal point of any big-clash, whether it be Premier League or a European fixture, is the attacking prowess of either party and this game really was a case of Giroud vs Sterling and Sanchez vs Coutinho – ultimately there was only one winner. Sanchez helped guide the Arsenal frontline forwards in the opening stages with his blistering pace and great pick-ups of positions, while Sterling stalled in his advances and looked flustered by the looming stories surrounding his future – rumours which will undoubtedly continue to taint his performances until something is resolved, meanwhile benefiting the other big clubs, e.g. Arsenal.

Lazar Markovic was exceptionally poor for Liverpool and his continuously misguided decisions broke down many a Liverpool attack, with Coutinho the only player to pull the strings for the visitors. On the other hand, Wenger’s men distributed play well and the ability to get goals from anywhere across the front-line is a characteristic that will only pay dividends in the remainder of Arsenal’s games.

This victory has done wonders for Arsenal’s chances of finishing in the Champions League slots this season and this has ultimately raised the bar. A side ‘blessed’ with the consistency of winning top-four battles, Arsenal have the upper-hand and paramount experience to secure the much sought-after position and perhaps even more.

Now in a situation where European football is nearly guaranteed, pressure eases, as Arsenal seem to have secured their expectation, whether it was below Arsenal fans’ desires or not.

Therefore, defensive solidarity and tenacious strategies can be boycotted to relax and play the ‘Arsenal’ way. With a sense of this embedded in the Arsenal DNA in the Liverpool clash, the Gunners seem like they may play higher quality and looser football against the bigger sides, re-iterating how they are in one 0f the best positions of any Premier League club, as the potential for a “title race” unfolds.

All Squad Members Can Play

Arsene Wenger has had a habit of taking average, developing players and making them key components in a side and a prime example of this at present is the maturing talent of Hector Bellerin. The Spaniard initially came in to fill the void in our injury-prone defence, but his current contribution to both ends, highlighted by his superb strike in this game, has made him a key player in recent weeks.

So what does this mean for us in the remaining string of fixtures? Surely this is more long-term than an immediate fix? Well the way Hector settled down so quickly embodies just how effective Wenger and the Arsenal youth academy is in evolving individuals and this means there are many chomping at the bit to get into this side asap.

With big games to come, being hit by injuries, as is the Arsenal norm, will not therefore have such a cataclysmic impact as it would on the other league giants, who count on a select few to wear the shirt consistently. Wenger’s rotation and willingness to give younger players a go means they will not be as raw when they do enter the scene for important games and all our squad members have been well trained and taught to play an important role when needed.