As the opening of the summer transfer window approaches, managers are working hard identifying targets and lining-up potential deals so we’ll bring you all the news and gossip. Today, Chelsea are linked with Koke…. 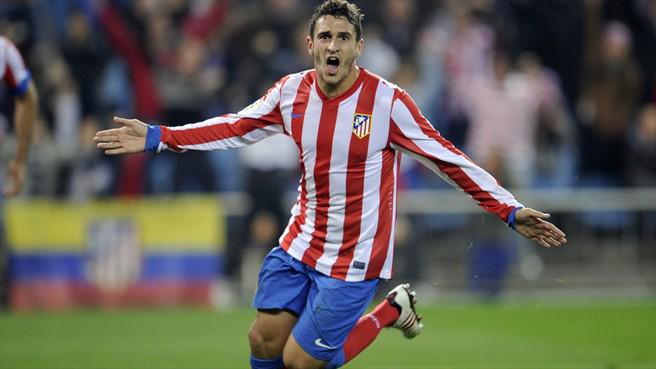 Chelsea are hoping to snap up Manchester United target Koke this summer and are ready to test Atletico Madrid’s resolve by tabling a €30m bid for the midfielder, according to reports.

Koke has been in excellent form for Atletico over the past two seasons and played a key role in helping Diego Simeone’s men lift the La Liga title and reach the final of the Champions League last campaign.

The 23-year-old’s impressive form has attracted interest from the Premier League with Chelsea and Manchester United both strongly linked with a move for the midfielder in recent months.

But it seems the Blues are ready to steal a march on their rivals as the Metro are citing reports coming out of Spain that claim the league leaders are ready to table a formal €30m (£22m) offer ahead of a potential summer switch.

Jose Mourinho is believed to be desperate to lift the Champions League during his second stint at Stamford Bridge and wants to strengthen his midfield options this summer, and Koke has supposedly emerged as a key target.

It remains to be seen how United will respond to reports of Chelsea’s imminent offer but I have a feeling the West Londoners are going to have to dig a little deeper if they want to tempt Atletico into a sale, as €30m is likely to fall short.

Koke is a supreme talent and at just 23-years-old, he has plenty of time to further improve and has the potential to become one of the very best creative midfielders in world football, so I don’t see Atletico cashing-in for €30m in today’s over-inflated market.

However, if Chelsea, or indeed United, could get a deal agreed and bring him to England this summer then it would be a sensational coup and it would be great to see Koke plying his trade in the Premier League next season, but we’ll have to wait and see how things develop over the coming months.