After weeks of images being ‘leaked’ online, Liverpool have officially unveiled their new home kit for the 2015/16 season. See photos and a video here

ShareTweet
Prev1 of 9Next
Use your ← → (arrow) keys to browse

After weeks of images being ‘leaked’ online, Liverpool have officially unveiled their new home kit for the 2015/16 season at an event at Anfield today.

Over 1000 fans and members of the media gathered at Anfield this afternoon for the official launch with Liverpool starts Raheem Sterling, Daniel Sturridge, Simon Mignolet and Martin Skrtel all in attendance to show off the new kit.

Obviously New Balance have stuck with the traditional red for the home strip but it adopts a chequerboard pattern effect with gold detailing around the collar.

The goalkeeper jersey is plain black with red detailing down the sides as well as around the cuffs and collar.

The kit is the first to be released by new manufacturer New Balance after they entered into a big-money deal last year and is utilises all the breathable technology you’d expect of a modern-day kit.

On the whole, it seems to have been well received by Liverpool fans on social media so far, so I’m sure many will be rushing out to pre-order their kits over at http://www.newbalance.co.uk/liverpool/

Check out our photo gallery of the new kit as well as videos from the launch event: 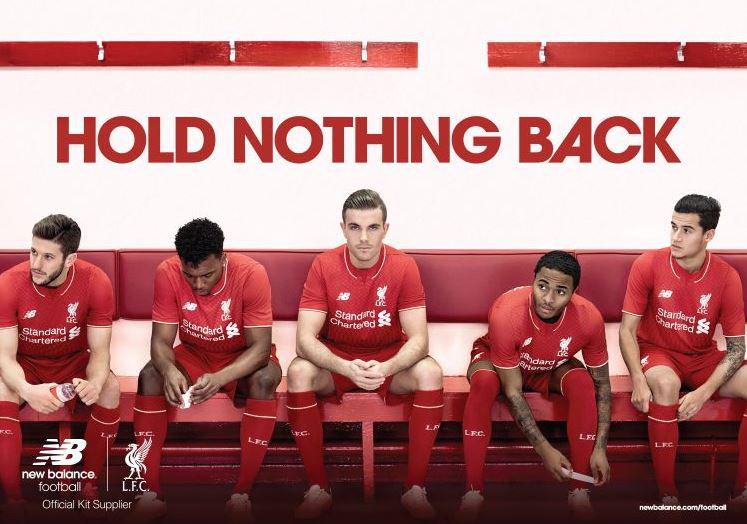 Prev1 of 9Next
Use your ← → (arrow) keys to browse
Related TopicsLiverpool