Manchester United are the new favourties ahead of Liverpool to sign Danny Ings after entering talks with Burnley over a deal this summer, according to reports.

As the opening of the summer transfer window approaches, managers are working hard identifying targets and lining-up potential deals so we’ll bring you all the news and gossip. Today, Man Utd are the new favourties to sign Danny Ings…. 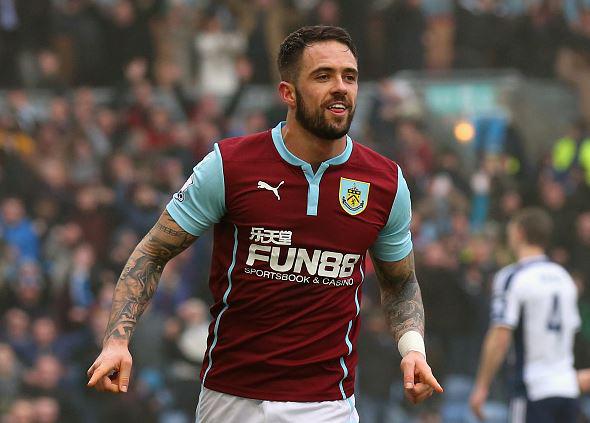 Manchester United are the new favourties ahead of Liverpool to sign Danny Ings after entering talks with Burnley over a deal this summer, according to reports.

Ings is out-of-contract at the end of the season and has become one of the most sought-after signings of the summer after making it clear he won’t be agreeing an extension with Burnley.

Liverpool have been strongly linked with a move for the striker over the past few months and were initially thought to be leading the chase ahead of Tottenham, Manchester City and Real Sociedad.

The Merseysiders reportedly tried to sign the 22-year-old in January and loan him back to Burnley for the rest of the season but the deal was blocked due to Premier League regulations, but Brendan Rodgers remains keen to land the hitman this summer.

However, the Daily Mail are now reporting that Manchester United have jumped to the front of the queue after opening formal talks with Burnley to try and tie-up an early deal.

With Ings being out-of-contract in June, due to his age, Burnley would be due around £5million in compensation if the striker joined another English club.

But the newspaper claims that United are trying to take advantage of Premier League Rule U8 that allows them to agree a set fee and sign a pre-contract with Ings which would guarantee they beat the likes of Liverpool to his signature.

If true, that would be a shrewd move from the Red Devils and it will be interesting to see how this all plays out over the next few months.

Ings has been in excellent form this season, scoring nine goals for a struggling Burnley side in his debut season in the top flight, and he’s expected to break into the England set-up soon.

He’d be a superb signing for either United or Liverpool but as it stands, it looks as though the Manchester giants are leading the chase. If Ings does make the move to Old Trafford then it will cast further doubt over the futures of Robin van Persie and Radamel Falcao.