Arsenal and Chelsea players featured heavily in this weeks WhoScored Premier League Team of the Week but Man Utd’s Marouane Fellaini managed to make the cut. 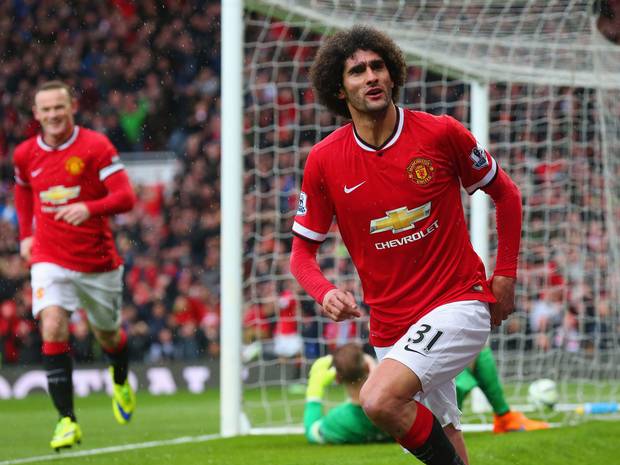 The Gunners enjoyed another excellent weekend that saw them record their eighth league victory in a row thanks to a 1-0 win over Burnley on Saturday evening.

Laurent Koscielny and Nacho Monreal put in impressive shifts at the back to help guide the North Londoners to another clean sheet and their display’s at Turf Moor earned them scores of 8.19 and 7.91 which were enough to make it in to the TOTW.

Chelsea centre-back Gary Cahill also makes the team thanks to his score of 8.12 which came after a narrow 1-0 victory over West London rivals Queens Park Rangers on Sunday afternoon.

Team mate Nemanja Matic was also in fine form once again and his overall score of 8.19 was enough to see him named in the heart of this week’s stand-out midfield.

The Serbian international was joined by Man Utd’s Marouane Fellaini who earns his place in the team thanks to a goal-scoring display during the Red Devils 4-2 victory over Manchester City on Sunday afternoon.

However, the real winners of this weekend were Crystal Palace as Alan Pardew’s impressive return to Selhurst Park continued with a superb 4-1 win over Sunderland with Wilfried Zaha, Yannack Bolasie and Glenn Murray all making into the Team of the Week.

Here is how the WhoScored eleven lines-up for gameweek 32: 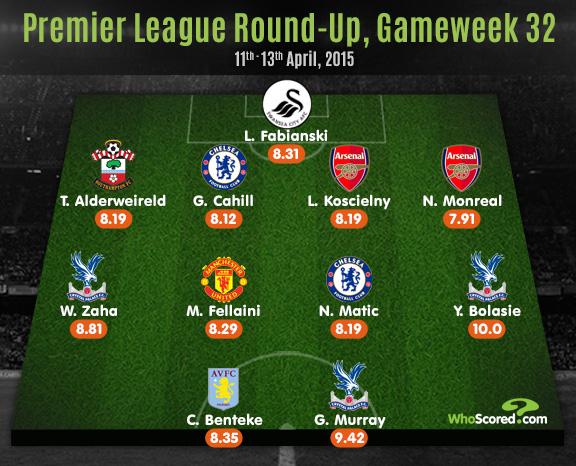