Brazilian ace Nathan has dropped a hint that he’s set to complete a move to Chelsea amid rumours he’s in London putting the finishing touches on a £4.5m deal

As the opening of the summer transfer window approaches, managers are working hard identifying targets and lining-up potential deals so we’ll bring you all the news and gossip. Today, Chelsea appear to be closing in on Nathan…. 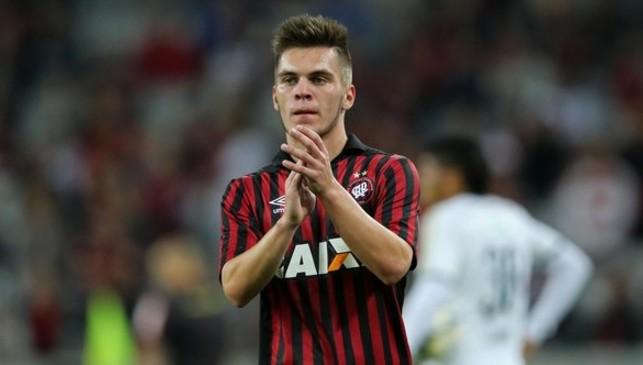 Brazilian youngster Nathan has dropped a huge hint that he’s set to complete a ‘dream’ move to Chelsea amid rumours he’s in London putting the finishing touches on a £4.5m deal, according to reports.

Chelsea have been strongly linked with the 19-year-old in recent months and speculation earlier this week suggested that the player and his agent had flown in to London on Tuesday to undergo a medical and finalise personal terms.

It appears those formalities are close to completion as the attacking midfielder has taken to Twitter this evening to drop a huge hint he’s on the verge of completing his proposed move to Chelsea.

The teenagers Twitter account is locked so we can’t upload his Tweets but the Mirror claim he posted earlier:

“A dream I’m doing, I have no words to explain this feeling! Blue”

This comes just hours after Nathan’s former team-mate congratulated him on Instagram for making a move to Stamford Bridge, so it certainly seems like the deal if close to completion.

The Mirror claim that Chelsea are set to pay his current club Atletico Paranaense around £4.5m but with the youngster yet to earn a single cap for the Brazilian senior side, he’s unlikely to qualify for a work permit.

This means that if Nathan does complete his move to West London, he’ll likely head out on loan to one of Chelsea’s feeder clubs for at least one season before linking up with fellow-Brazilians Willian, Ramires, Filipe Luis and Oscar at Stamford Bridge.

Nathan burst onto the scene with some impressive displays for the Brazilian under-18’s team and soon forged a reputation as one of the most promising young attackers in South America.

I doubt he’ll make any impression on the Chelsea first team any time soon but he certainly seems to have a bright future ahead of him so I’m sure Blues fans will welcome his arrival once he finalises his proposed move.