Chelsea have suffered a fresh injury blow ahead of Sunday’s clash against Arsenal with striker Didier Drogba revealing he’s suffering from an ankle problem. 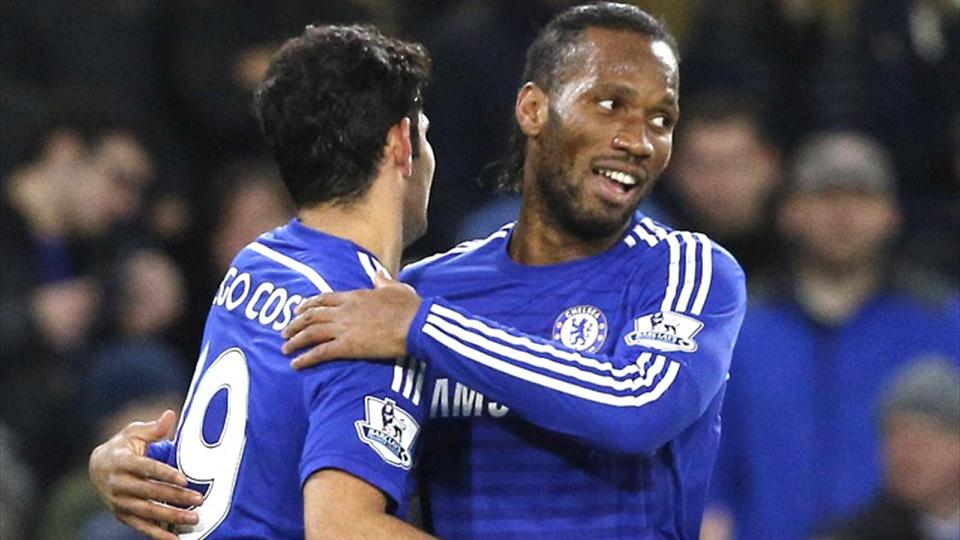 Chelsea have suffered a fresh injury blow ahead of Sunday’s clash against Arsenal with striker Didier Drogba revealing he’s suffering from an ankle problem.

Drogba has started up front in Chelsea’s last two games and was the main man up top once again during Saturday’s 1-0 victory over Manchester United at Stamford Bridge.

However, the 37-year-old has taken to Twitter this afternoon to reveal that he’s been forced to withdraw from Monday’s ‘Match against Poverty’ charity match in St Etienne after suffering an ankle injury.

The Ivory Coast international posted a message on the social networking site saying:

“Disappointed not to be able to play the #MAP2015 because of an ankle injury but still supporting #EbolaResponse.”

When one of his followers responded suggesting the striker was pulling out to avoid injury, Drogba replied: “I’m already injured if you can read well my friend.”

The news will come as another blow to Jose Mourinho as Drogba will now be considered a doubt to face Arsenal this weekend leaving the Blues with a potential striker shortage.

The Premier League leaders have been without Diego Costa in recent games and although the Spaniard is expected to return to training at some point this week, Mourinho is likely to be reluctant to throw him straight back into action given how quickly he broke down after being rushed back from a hamstring problem against Stoke City.

Loic Remy has also been out for the last two matches with a calf problem so Mourinho will be praying the Frenchman can get himself fit or he could be without his three first choice strikers against the Gunners this weekend.

Chelsea head to the Emirates holding a 10 point lead over second-placed Arsenal so will go a huge step closer to reclaiming the title if they can pick up another three points against their nearest rivals.

Disappointed not to be able to play the #MAP2015 because of an ankle injury but still supporting #EbolaResponse: http://t.co/EjFWTDLiVr