Liverpool will look to close in on the top four when they take on WBA at the Hawthorns on Saturday afternoon. Here is the side I think Brendan Rodgers will pick 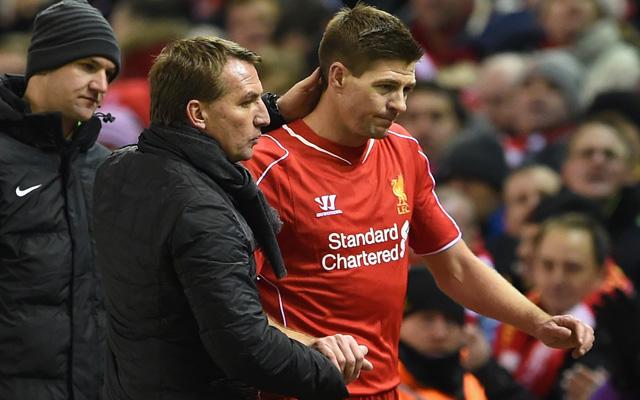 Liverpool will be looking to close in on the top four when they take on West Brom at the Hawthorns on Saturday afternoon. Here is the side I think Brendan Rodgers will pick:

Goalkeeper: No decision for Rodgers to make in goal as Simon Mignolet is a certain starter for this game.

Defence: The experiment of playing Emre Can at right-back against Villa didn’t work so I think we’ll see Rodgers revert back to a back three. This will see Can play alongside Martin Skrtel and Dejan Lovren as Mamadou Sakho remains out through injury.

If the Reds boss does stick with a back four, then Lovren could make way with Glen Johnson coming in at right-back and Alberto Moreno on the left, but I think we’ll see three at the back again this weekend.

Midfield: Lucas Leiva has been ruled out after failing to recover from the knock that saw him miss out at Wembley last week. With Jordon Ibe back in contention I think we’ll see him start on the right which would see Jordan Henderson move back in to the middle alongside Joe Allen.

Attack: Daniel Sturridge has also been ruled out as he’s still nursing a niggling hip injury so Raheem Sterling is likely to start up top once again. Philippe Coutinho is certain to keep his place but it will be interesting to see who joins him in attack.

Adam Lallana is back in training but faces a late fitness test so we might see Steven Gerrard moved into a more advanced role. He played there earlier in the season with varying degrees of success but Rodgers might give it another go on Saturday if Lallana isn’t fit enough to start. 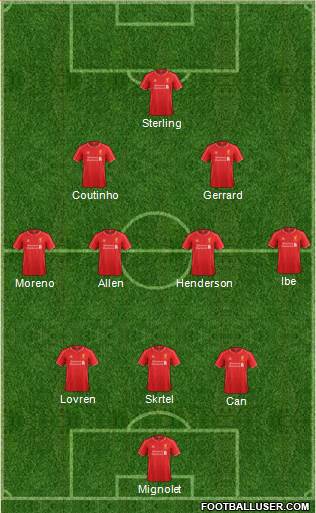