Tottenham will look to keep pace with the top four when they take on Southampton at St Mary’s on Saturday afternoon. Here’s a preview with team news.

Tottenham Hotspur will look to keep their slim hopes of a top four finish alive when they take on Southampton on Saturday afternoon.

Spurs bounced back with an impressive 3-1 win at Newcastle United last weekend which moved them above Southampton into sixth place in the Premier League table.

But with fourth-placed Manchester City seven points ahead, the North Londoners cannot afford any more slip-ups if they want to stand a chance of returning to the Champions League next season.

Mauricio Pochettino returns to his former club for the first time since leaving for White Hart Lane last summer but Ronald Koeman has done a fine job rebuilding the side he inherited at St Mary’s.

The South Coast club were in among the top four for much of the season but have hit a bad patch of form at just the wrong time and have slipped to seventh following defeat at Stoke last week, so Koeman will be keen to get back on track tomorrow.

Tottenham will hand a  late fitness test to Hugo Lloris. The goalkeeper has missed the last two matches after suffering a knee injury against Leicester but he’s back in training and could return on Saturday.

However, Kyle Walker is certain to miss out after being ruled out for another four weeks with a foot injury that he picked up against Burnley last month.

Southampton are confident Toby Alderweireld will be in contention despite being stretchered off at Stoke last week with what was initial thought to be a dislocated shoulder. 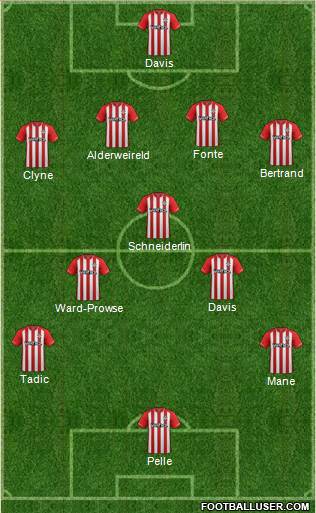 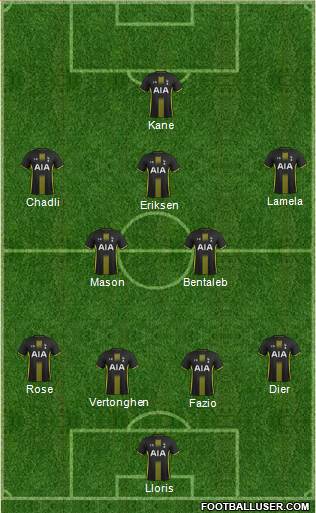 Southampton 1-1 Tottenham: Spurs were back in their groove last week but St Mary’s isn’t an easy place to go so I can see these two playing out a low-scoring score draw – which won’t do either team’s Champions League hopes any good.

Southampton are the slight favourites to win the game but Football-Talk can get you enhanced odds of 6/1 for a home win tomorrow, plus you can get money back if you lose + £100 in free bets. However, my prediction of 1-1 is available at 6/1 while I also like the look of Christian Eriksen to opening the scoring at 10/1. If we combine those bets in a scorecast then we get very tempting odds of 60/1. Surely that’s got to be worth a couple of quid!?