Arsenal take on Chelsea at the Emirates on Sunday afternoon. Here’s a preview with team news, likely line-ups, prediction and betting tips for the game.

Arsenal entertain London rivals Chelsea in what will be a top-of-the-table clash at the Emirates on Sunday afternoon.

The Gunners head into the game as Europe’s most in-form side having won their last eight league games on the bounce while they will also be buoyed by the fact they booked their place in the FA Cup final with a narrow 2-1 win over Reading last weekend.

However, the North Londoners have a terrible recent record against Chelsea having only won just two of their last 12 league games while Arsene Wenger has never got the better of Jose Mourinho in any of their previous 12 meetings, so they be desperate to end that record tomorrow.

Manchester City moved up to second with victory over Aston Villa this evening but Arsenal have two games in hand, so remain Chelsea’s closest opposition and if they can win tomorrow it would cut the gap at the top to seven points with five games left to play.

But if Chelsea can come away with a win, then they will need just another three points to reclaim the Premier League title and could even seal the deal against Leicester on Wednesday night.

Former Arsenal skipper Cesc Fabregas will return to the Emirates for the first time as a Chelsea player so he can expect a hostile reception form the home crowd tomorrow afternoon.

Arsenal will hand a late fitness test to Per Mertesacker as the German international is a major doubt with an ankle he suffered against Reading last weekend. Gabriel is on stand-by to step-in if he fails to make it.

Wenger is expected to make some changes at the back with David Ospina, Hector Bellerin and Nacho Monreal all being recalled.

Mikel Arteta is back in training but won’t be under consideration just yet, while Alex Oxlade-Chamberlain remains out with a niggling groin injury.

Chelsea will make a late call on whether to include Diego Costa in the squad with the Spaniard still feeling the effects of his hamstring injury.

Didier Drogba has been passed fit to play but Loic Remy is still out so youngster Dominic Solanke could be among the subs if Costa isn’t passed fit. 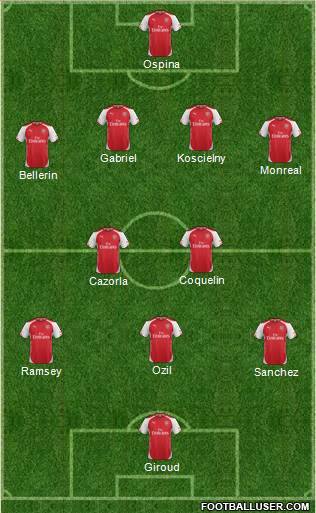 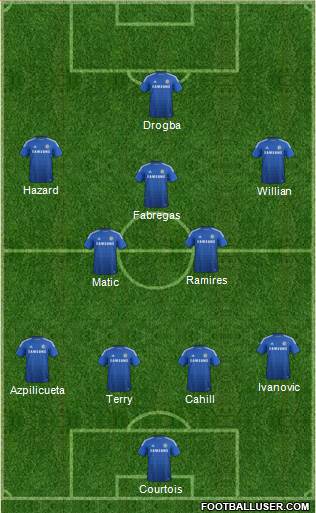 Arsenal 1-1 Chelsea: The Gunners were below par against Reading but they have been in excellent form of late and they will surely view this as a great opportunity to get one over the league leaders. However, Mourinho is the master at grinding out results and I  think we’ll see the Blues come away with a point that will all-but seal the title.

The bookmakers are struggling to separate these two sides and our prediction of a 1-1 draw is on offer at 11/2. I also like the look of Olivier Giroud to open the scoring at 5/1 and if we combine that with a 1-1 draw then we get very tempting odds of 30/1. However, if you think there will be a winner, Football-Talk can get you enhanced odds of 7/1 on Arsenal or 8/1 for a Chelsea win, plus you get money back if you lose and £100 in free bonus bets.