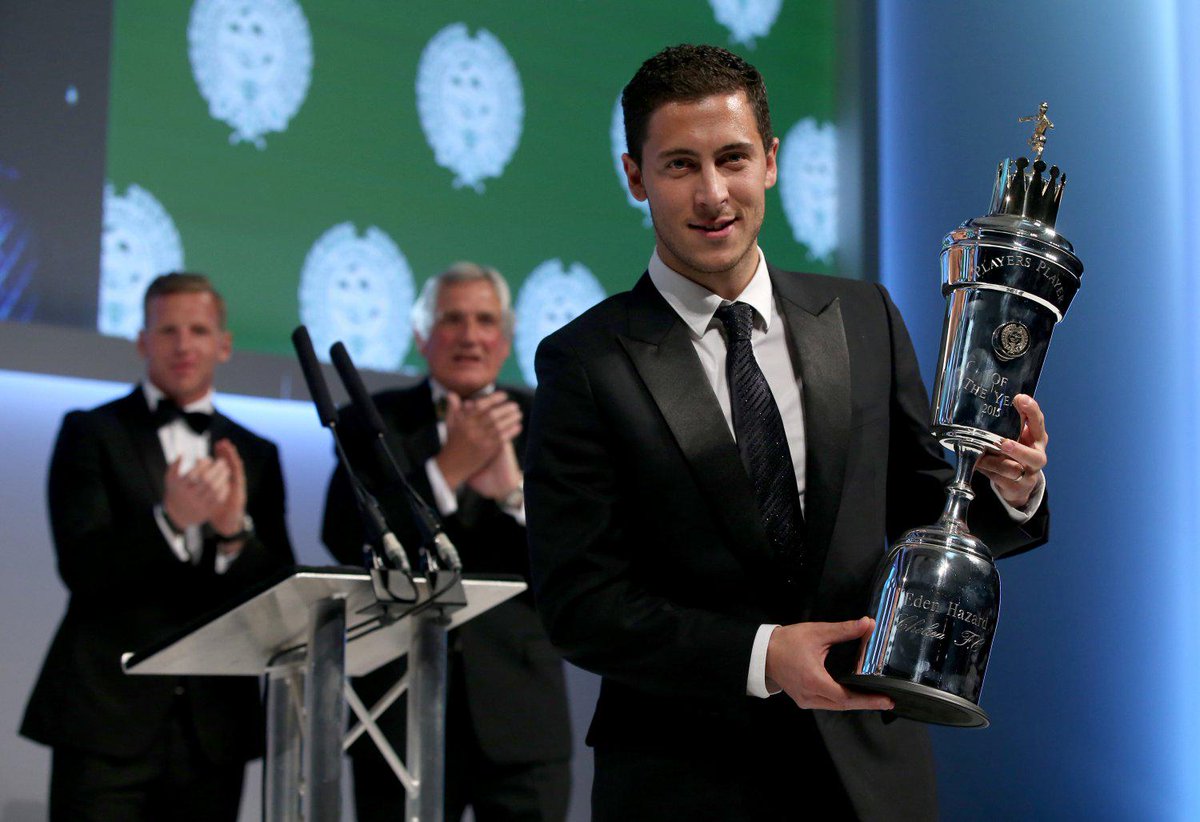 Eden Hazard was named as the Professional Footballers’ Association [PFA] 2014/15 Player of the Year on Sunday night.

The 24-year-old has scored 18 goals in all competitions for the Blues to help them lift the Capital One Cup and be on the verge of reclaiming their first Premier League title since 2010.

However, the Belgian international was the red-hot favourite to land the top individual award and was recognised for his superb campaign at the PFA Award’s event at the Grosvenor Hotel in London last night.

Hazard topped the poll after beating 20-goal Kane into second with United keeper De Gea finishing in third. The former Lille man also finished second in the Young POTY, which was won by Kane with Coutinho in third.

After collecting his award, Hazard posed with some of his Chelsea team-mates, with Didier Drogba uploading a photo to his Instagram account of the attacker standing with Branislav Ivanovic, Nemanja Matic, Cesar Azpilicueta, John Terry and Cesc Fabregas. 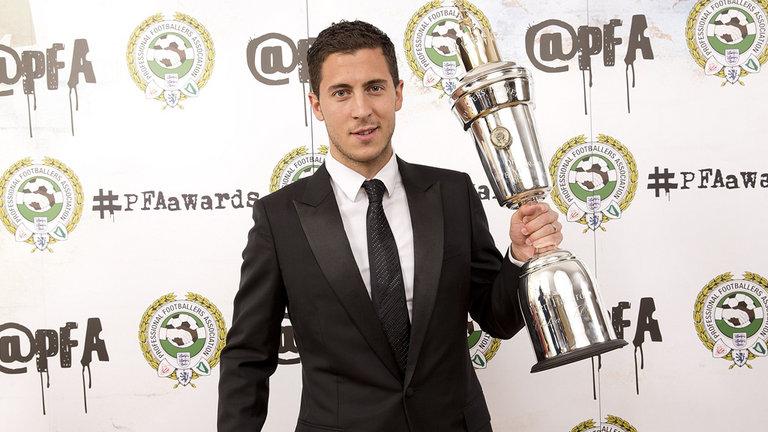 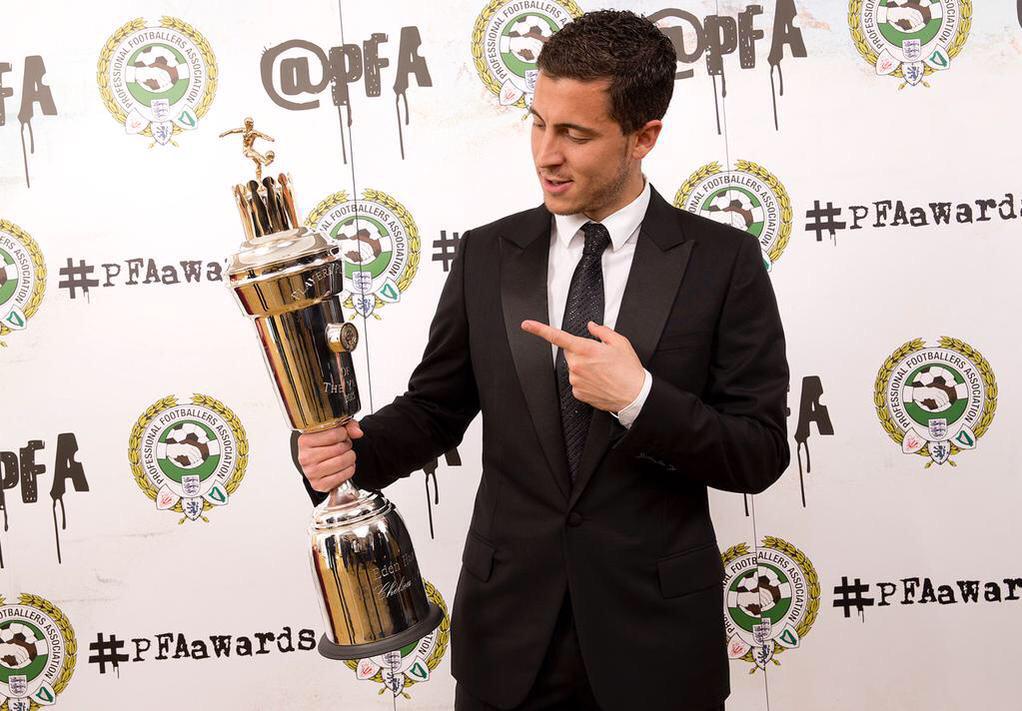