Arsenal have been handed a boost with Mikel Arteta confirming he expects to be available for selection within the next two weeks after five months out. 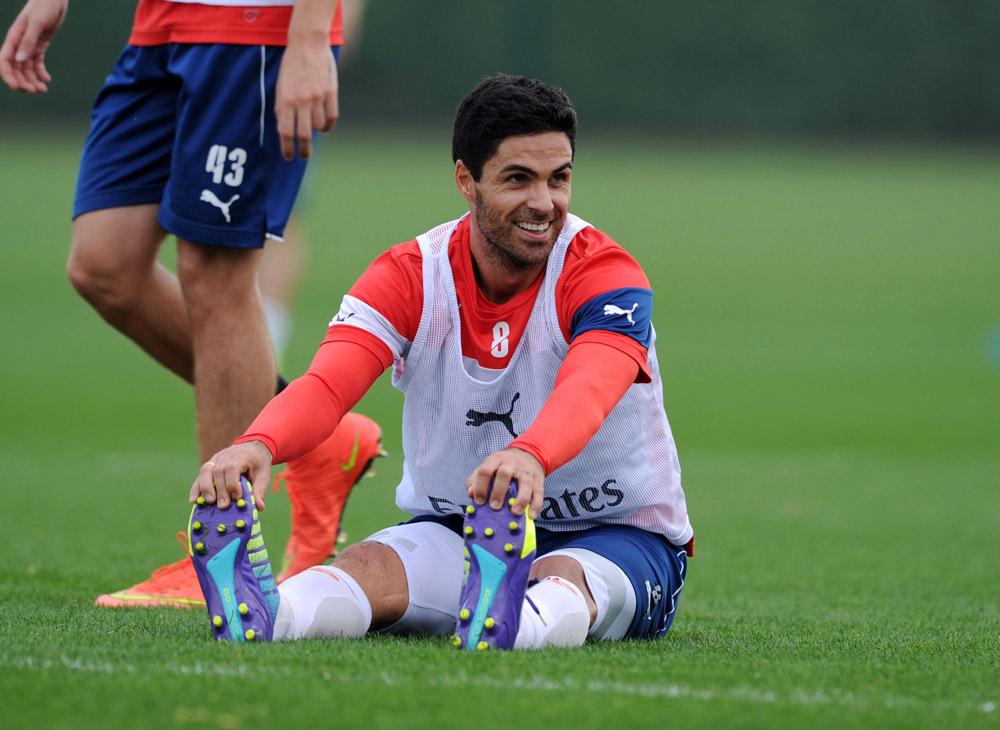 Arsenal have been handed a boost with Mikel Arteta confirming he expects to be available for selection within the next two weeks.

The Spaniard hasn’t featured for the Gunners since picking up an ankle injury against Borussia Dortmund in the Champions League way back in November.

The midfielder was due to return in early March but suffered a set-back in training and has now been on the sidelines for over five months.

However, having returned to training earlier this month, Arteta has been playing for the Under-21’s in recent weeks to try and gain valuable match fitness.

Speaking to the Arsenal matchday programme ahead of Sunday’s clash with Chelsea, the 33-year-old said that plans to work on his fitness and hopes to declare himself fit for selection inside the next two weeks.

Arteta also admitted that it’s been a frustrating time for him but he’d love to finish the season by lifting the FA Cup at Wembley next month.

“I haven’t trained enough with the team yet to come back into the side,”

“We need to manage the workload on the ankle. I played for the under-21s against Stoke recently, and I’ve been feeling OK, but I’m not in a position yet where I can feel perfect and just go out there forgetting about my ankle.”

“I need to train more with the team, get my confidence and build it up. My aim now is to train with the team for another week or two and then be able to say to the boss ‘OK, I’m ready now if you want to pick me.’

“It’s been a frustrating time for me, but I would love to be able to finish the season by lifting a trophy of course.”

Arteta is set to miss next Monday’s trip to Hull City while he could also struggle to prove his fitness when Arsenal host Swansea City the following weekend. However, the Spaniard should be back in contention when the North Londoners travel to Old Trafford to face Manchester United on May 17th.

That game is lining-up to be crucial in how 2nd, 3rd and 4th shapes up in the Premier League table, so I’m sure Arsene Wenger will be glad to have his skipper to call upon. While Arteta is unlikely to displace Francis Coquelin from the first team, his experience on the day could be important.