Arsenal are hoping to see off competition from Chelsea by tabling a €33.5m offer for Spanish international attacker Pedro this summer, according to reports.

As the opening of the summer transfer window approaches, managers are working hard identifying targets and lining-up potential deals so we’ll bring you all the news and gossip. Today, Arsenal and Chelsea are linked with Pedro…. 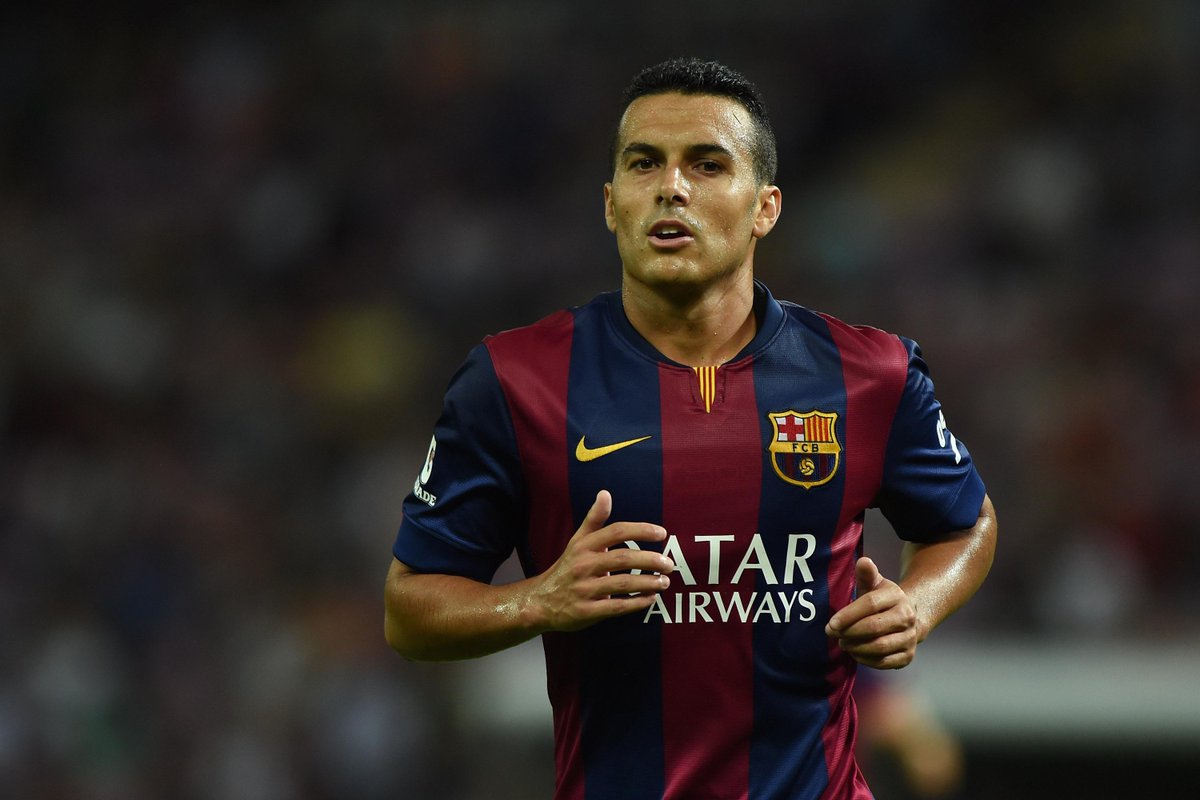 Arsenal are hoping to see off competition from Chelsea by tabling a €33.5m offer for Spanish international attacker Pedro this summer, according to reports.

Pedro has been with Barcelona his entire professional career having joined the club when he was 17 years old in 2004 and he progressed through the youth ranks before breaking into the first team set-up in 2008.

However, despite a bright start to life in the first team, Pedro has failed to hold on to his place in recent years and is now largely used as a squad player with the likes of Neymar, Luis Suarez and Lionel Messi all keeping him out the starting eleven.

The 27-year-old has started just seven league games since Suarez returned from his biting ban in October and his situation has led to speculation linking him with a move away from the Nou Camp this summer.

Reports over the weekend suggested that Chelsea boss Jose Mourinho had identified Pedro as a key signing and was set to make his interest official in the form of a €30.7m (£22m) offer.

However, it looks like the Blues may face stiff competition from London rivals Arsenal as the Express claim today that Arsene Wenger also has his eye on the Spaniard and will outbid Chelsea with a €33.5m (£24m) offer this summer.

The newspaper suggests that Wenger is keen to add more pace and creativity to his attack and wants to reunite Pedro with former Barca team-mate Alexis Sanchez at the Emirates.

If this report is accurate, then it looks like the Gunners are lining-up potential replacements for Theo Walcott as the England winger is set to enter the final year of his deal and has fallen out-of-favour since returning from a long-term injury.

Pedro would be an excellent addition for either Arsenal or Chelsea and the player has admitted recently that his situation at the Nou Camp is ‘difficult’ and hinted he could look for a move at the end of the season.

“I am living a difficult situation, even though it’s normal to have a few chances in this team.

“I must just wait to wait for other chances and take them.

“The future? At the end of the season I will think about and talk with the club, not now.” Pedro is quoted as saying by the Daily Star

The player is clearly not getting the game-time he’d like at Barca so a move to the Premier League would surely appeal to him and he’d be a fantastic addition for either club.

Despite not being a regular, Pedro has still managed to score 97 goals and provide 61 assists in 310 appearances for the Catalans so he’d certainly add a real threat in the final third. He’s been predominantly used from the right wing by Barca but he’s capable of playing anywhere across the front three, so he’d give Wenger or Mourinho plenty of options in attack.

However, the major stumbling block over any potential move is the fact that Barca are banned from signing players until January 2016 so they are likely to be reluctant to let such a valuable squad player go when they can’t bring in a replacement.

So as much as I think Pedro would be a great signing for Arsenal or Chelsea, I just don’t see the Spanish giants agreeing to sell unless boss Luis Enrique believes he has the internal solutions to cope with his loss.