Manchester United and Liverpool have been handed a major boost with Edinson Cavani understood to be eyeing a move away from Paris Saint-Germain this summer.

As the opening of the summer transfer window approaches, managers are working hard identifying targets and lining-up potential deals so we’ll bring you all the news and gossip. Today, Edinson Cavani is eyeing a move away from PSG…. 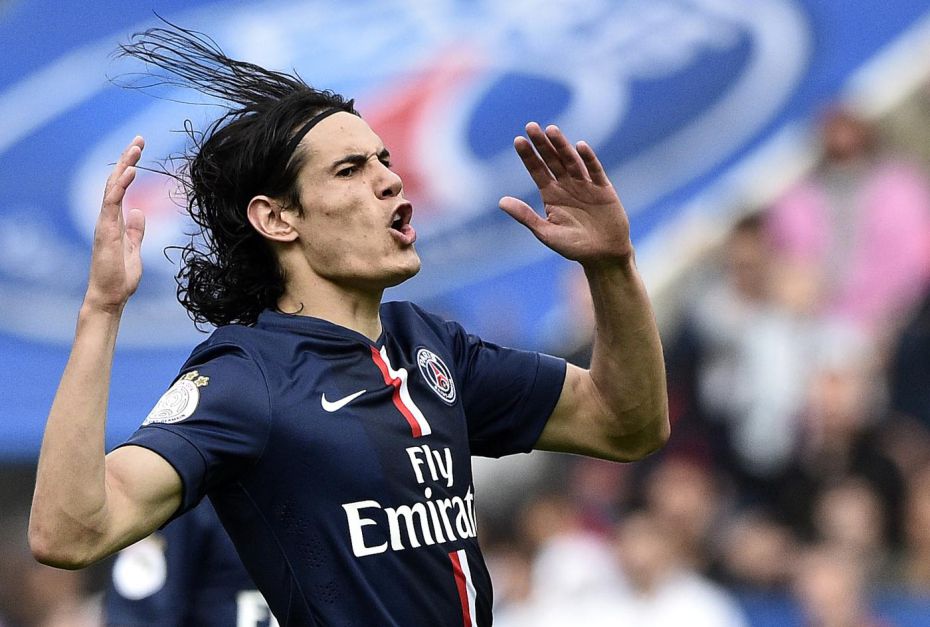 Manchester United and Liverpool have been handed a major boost with Edinson Cavani understood to be eyeing a move away from Paris Saint-Germain this summer, according to reports.

Cavani became one of the hottest strikers in world football while at Napoli and his 104 goals in 138 appearances for the Serie A outfit earned him a big-money move to the Parc des Princes in 2013.

The Uruguayan international has failed to reproduce that kind of form in France as he’s been forced to play largely from the wing with Zlatan Ibrahimovic starting as the lone striker.

There has always been speculation suggesting Cavani isn’t happy at playing out-of-position and he’s been linked with a move in recent transfer windows, with the likes of Liverpool and Manchester United both understood to be keeping a close eye on his situation.

The English duo have now been handed a boost in their pursuit as ESPN are citing a report from French newspaper Le Parisien where an apparent source claims that Cavani is fed up and will look for a move this summer if his situation doesn’t change.

The supposed source told the newspaper:

“He’s not considering staying with PSG for another year if his role doesn’t change.

“He [understands that he] needs to play down the wing in the interests of the team, as he has for the last two years.

“That doesn’t mean that he’s happy with the situation. He wants to play as a centre-forward, his favourite position, and not only when Ibrahimovic is out.

“He needs to play there regularly to fully exhibit the qualities that made him top scorer in Serie A.”

This revelation will have put Liverpool and United on alert as both clubs are believed to be in the market for another striker this summer.

Louis van Gaal is highly unlikely to make Radamel Falcao’s loan move permanent so the Dutchman will need to bring in a replacement, while Brendan Rodgers has admitted he needs reinforcements in attack due to Daniel Sturridge’s on-going injury problems.

A player of Cavani’s quality would surely appeal to both managers and would be a major coup if either could pull off a deal, and the report suggests that PSG would be tempted to sell if a €50m (£35.7m) offer was tabled.

We’ll have to see if either Liverpool or United will be prepared to pay that kind of money but Cavani would be an excellent addition to the Premier League if he comes to these shores this summer.