Arsenal take on Hull City at the KC Stadium on Monday night and Arsene Wenger has given Arsenal.com a team news and injury update ahead of the game. 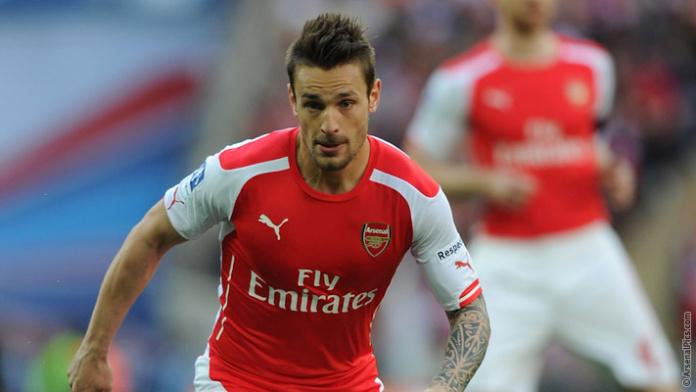 Arsenal take on Hull City at the KC Stadium on Monday night and Arsene Wenger has given Arsenal.com a team news and injury update ahead of the game.

Unfortunately the boss has revealed that Mathieu Debuchy is a major doubt for the game after picking up a hamstring injury in training this week.

Wenger says the club aren’t sure how serious the problem is but it’s likely to be enough to see the Frenchman international miss the trip to Hull on Monday evening.

It’s the latest injury set-back in what’s been a hugely frustrating debut season at Arsenal for Debuchy. He was sidelined for over three months during the first half of the season after fracturing his ankle and he’s only just come back to full fitness from a dislocated shoulder that he suffered in January.

Hopefully this hamstring injury isn’t too serious but thankfully we’ve got Hector Bellerin in excellent form and I’m sure he’ll continue at right-back against the Tigers.

Other than Debuchy, Arsene says the squad is in good shape but he didn’t give any specific update on either Gabriel – who missed the draw against Chelsea with a knock – or Alex Oxlade-Chamberlain – who’s been out for the last two months with hamstring and groin problems.

Here’s what the boss told Arsenal.com:

on the latest news…

Everybody is in good shape, apart from Mathieu Debuchy, who has a little hamstring problem. We don’t know how bad it is. Apart from that everybody should be available [for the Hull game].

Monday could be too early for him. He got the injury in training.

on the rest of the squad being fit…

We are at a period of the season where it’s going to be important to have everybody on board and to see everyone fit makes us stronger. We are on a good run, we want to keep it going and the fact that we have plenty of [selection] opportunities is very interesting for me

Arsenal head into the weekend action sitting level on points with second-placed Manchester City with a game in hand but we could find ourselves down in fourth by the time we play Hull on Monday if the two Manchester clubs pick up wins, so let’s hope we can continue our impressive run at the KC Stadium.