Manchester United will be looking to bounce back when they take on West Brom at Old Trafford on Saturday evening.

United saw their excellent winning streak ended by Chelsea and followed that up with a disappointing 3-0 defeat to Everton last weekend so Louis van Gaal will be desperate to get things back on track tomorrow.

Despite suffering back-to-back defeats, the Red Devils still sit comfortably in the top four with Liverpool seven points adrift with just four games remaining, so United can concentrate on trying to finish above Arsenal and City.

West Brom arrive at Old Trafford having recovered from three straight losses by picking up four points from their last two games, which include holding Liverpool to a 0-0 draw last weekend.

Those results have moved Tony Pulis’ side up to 13th in the Premier League table and they are now seven points clear of the relegation zone so are all-but assured of their top flight status for another season.

United have been handed a major boost with Wayne Rooney declared fit despite fears he had tweaked knee ligaments against Everton last weekend.

van Gaal is also able to call upon the fit again Robin van Persie after he scored twice for the Under-21’s on Monday, although he may have to make do with a place on the bench.

Phil Jones is back in contention and could come in for Paddy McNair while there have been suggestions Angel Di Maria is set for a recall in place of Juan Mata.

However, Luke Shaw has been ruled out with a groin injury so Marcos Rojo may be forced to fill-in at left-back while Jonny Evans and Michael Carrick are also ruled out through injury.

Pulis gave little away about his sides condition at his press conference other than to say they are carrying a few knocks.

James Morrison is one of those who is doubtful after suffering a head injury last weekend but Youssouf Mulumbu should come back in after serving his three-game ban. 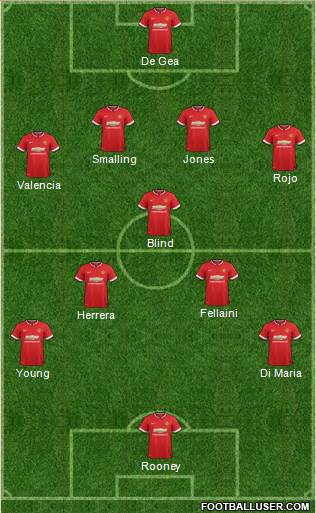 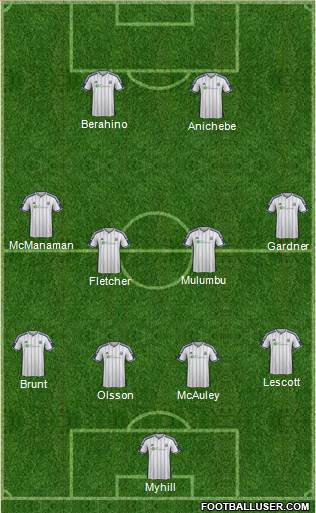 Man Utd 3-0 West Brom: United were woeful against Everton last week but I think we’ll see van Gaal get a response from his players tomorrow. West Brom are practically safe and have little left to play for so I can see the hosts easing to victory at Old Trafford.

Man Utd are the 4/11 favourites to win the game but if you want a little more value, Football-Talk can get you enhanced odds of 3/1 on United to win, plus you get money back if you lose and £100 in free bonus bets.

I also like the look of Wayne Rooney to open the scoring at odds of 3/1, and if we combine that with a 3-0 United win in a scorecast then we get very tempting odds of 16/1. Surely that’s got to be worth a couple of quid!?