Liverpool will be hoping to close in on the top four when they take on Chelsea at Stamford Bridge on Sunday. Here is the side I think Brendan Rodgers will pick 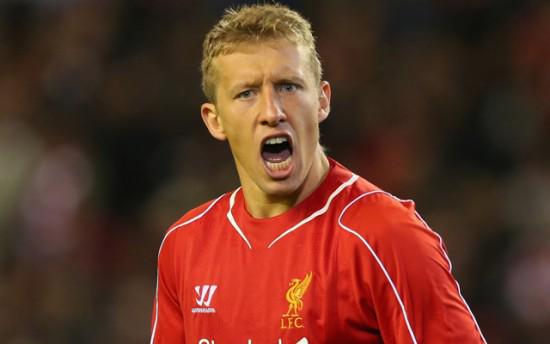 Liverpool will be hoping to close in on the top four when they take on Chelsea at Stamford Bridge on Sunday afternoon.  Here is the side I think Brendan Rodgers will pick:

Goalkeeper: Simon Mignolet has returned to form since the turn of the year and no doubt he’ll remain between the sticks this weekend.

Defence: Rodgers has reverted to a back four in recent games so I expect he’ll continue this system against Chelsea. Alberto Moreno made his return from injury with a late substitute appearance off the bench against QPR last week so he could come in for Glen Johnson at left-back.

Otherwise, I think it will be a familiar defence. Mamadou Sakho is still out injured so Dejan Lovren should continue alongside Martin Sktel with Emre Can at right-back.

Midfield: Lucas Leiva is back in contention and he could come back into the starting eleven to add some solidity to the midfield. This would see Steven Gerrard and Jordon Henderson play either side of the Brazilian which would give the Reds a solid foundation in the middle of the park to counteract the dangerous Chelsea attack.

Attack: Daniel Sturridge has been ruled out for at least four months so his season is most certainly over following hip surgery. Rickie Lambert failed to take his chance against QPR last week so with Mario Balotelli struggling for fitness, Raheem Sterling may be played through the middle against Chelsea.

Philippe Coutinho could therefore play out on the right wing with Adam Lallana keeping his place on the left. If Rodgers did want to make any further changes, then the likes of Lazar Markovic and Jordon Ibe are pushing for recalls. 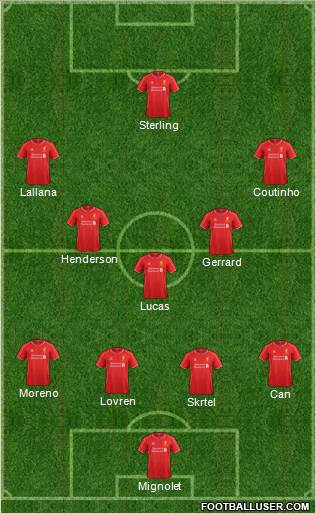